Who are we? Remembering our Catholic conviction in politically troubling times 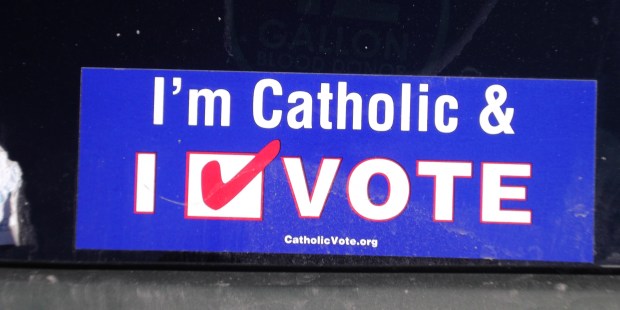 Dietrich von Hildebrand’s questions about who we elect to lead us, and what that says about us, are relevant again

As he listened to his nation’s leader, he shuddered.

How could this be?

How could this be our leader?

The process that gave him rise had been defended as fair and democratic. And yet, the campaign was anything but enlightened. Speeches were vitriolic. Opposition was demonized. Demonstrations were violent. And, nonetheless, the people enshrined him as leader. To be sure, there was horse-trading at the highest levels to complete his assumption of power, but the masses had spoken.

Catholic academic and philosopher Dietrich von Hildebrand was beside himself. A nation still recovering from the self-inflicted ravages of World War I and the profound bleeding from the Great Depression sought a desperate remedy. And it made a deal with the devil.

As the anticipated and inevitable abuses of liberties and dignities mounted, the principled von Hildebrand found his life threatened and the collective silence of his fellow countrymen intolerable.

Somebody, he felt, had to speak up.

And so, from his exiled location in Vienna, the devout Catholic thinker launched a vigorous intellectual and spiritual dissent from the macabre worship of the god of German “Blood and Soil.” At the same time, he asked each citizen to honestly confront themselves.

Who is this man we have named our leader?

And, more importantly, who are we?

And so, Dietrich von Hildebrand wrote,

The present epoch is characterized by the fact that so many things once hidden are now being unveiled: both the good and the bad in people, which had remained concealed from others (as well as from themselves), is now coming to light. Hidden and base passions, brutality, ruthless violence, fanatical resentment, unprincipled behavior, cowardice, intellectual confusion, and weakness, on the one hand, and heroism, kindness, strength of character, noble courage, unwavering intellectual clarity, and a deep, indestructible religiosity, on the other – all these qualities are being revealed in many persons in whom one might never have suspected their existence. All this makes for a fearful trial, leading inevitably to a decisive parting of ways among persons: for the present hour leaves no room for liberal harmlessness, for just comfortably carrying on, for vacillation between good and evil, for a “classroom idealism” backed by no genuine commitment.

The present time, with its penchant for extremes, its tendency to absolutize positions, its fanatical idolatries, its unprecedented and ruthless propaganda, puts everyone to the ultimate test and compels the revelation of every person’s true self. Even in the case of those who are merely confused and swept along by the tide, the present time reveals the muddled character of their thinking and how weakly they are rooted in the realm of true values.

For us Catholics, however, this time involves, above all, an exposure of our true convictions regarding Christ, His Church, and His Revelation.

It is a curious thing.

Over 80 years later, we find ourselves once again charged with considering our true convictions regarding Christ, His Church and His Revelation. And vitally asking ourselves,

Who have we named as our nation’s leader?

And, more importantly, who are we?

To read more about the Catholic witness of Dietrich von Hildebrand in full, please read My Battle Against Hitler.