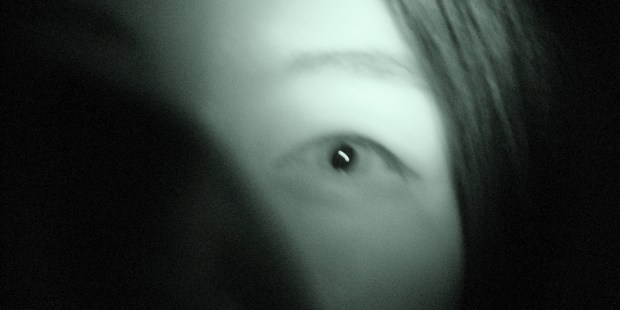 Odds are very likely that if someone sees a ghost or if they are involved with “ghost-hunting,” what they saw is actually a demon

Around this time of year “ghosts” are everywhere. You can find them at school, on the doorsteps of homes and on the shelves of Wal-Mart. Most of the time, instead of looking scary they are cute and cuddly like Casper the Friendly Ghost, or like the kids showing up at your doorstep, wrapped in a sheet and shouting “boo!”

But what about ghosts? Are they even real? Can Catholics believe in them?

Well, yes, if you’re talking about spirits, then Catholics most certainly can believe in “ghosts.” For many years the Latin word “spiritus” was translated into English as “ghost” and Catholics would intone, “In the name of the Father and of the Son and of the Holy Ghost,” while crossing themselves at prayer. God is pure “spirit” and so using this definition makes perfect sense.

But what about the scary ghosts purported to haunt houses, or those shown on such TV shows as Ghost Hunters? Is that stuff real?

The Church approaches stories of ghost sightings with a healthy dose of skepticism. Many can have natural causes. But to understand unexplained phenomena, there are some things to keep in mind.

We must return to the traditional definition of “spirit” and look at the Catechism for guidance. In it we read:

“The existence of the spiritual, non-corporeal beings that Sacred Scripture usually calls ‘angels’ is a truth of faith. The witness of Scripture is as clear as the unanimity of Tradition. As purely spiritual creatures angels have intelligence and will: they are personal and immortal creatures, surpassing in perfection all visible creatures, as the splendor of their glory bears witness” (CCC 328, 330).

Angels, similar to God, are pure “spirit” and do exist. It is a “truth of faith” and we are obligated to believe in them as Catholics.

Whenever an angel appears to someone in the Bible, the person might be afraid at first, but then the angel speaks and urges them not to be afraid. The angel appears to give a specific message of encouragement and to help a particular person draw closer to God. Their purpose is to lead a soul on the path that God has laid out for them in hopes of ultimately reaching eternal life.

Also, an angel does not seek to deceive and would not lurk around corners, trying to hide from someone. Their mission is very specific and often they give assistance without our even knowing they are an angel. At times they may take on a human appearance, but the way they look is not meant to scare or frighten, but to help us.

On the other hand, while there do exist good angels, there also exists bad angels. Here is what the Catechism says:

“[Satan’s actions] may cause grave injuries — of a spiritual nature and, indirectly, even of a physical nature — to each man and to society” (CCC 395).

This appears to fall into the definition of the ghosts that are featured in paranormal reality shows. Reports of such ghosts always revolve around something that scares an individual.It might be a moving object or a haunted house. Sometimes it is a report of a terrifying figure. Often the person who believes they saw a ghost only catches a glimpse of it but the experience is chilling.

This tactic is certainly reminiscent of what demons want to do to us: they want to scare us. Demons want to trick us into believing that they are powerful and gain our submission. It is an old tactic. The devil wants to lure us away from God and wants us to have a fascination with the demonic.

In the same way that angels can put on a “costume” so as not to frighten us demons can do the same, except their intentions are much different. Demons can appear as “ghost-like” figures in order to intimidate us.

Odds are very likely that if someone sees a ghost or if they are involved with “ghost-hunting,” what they saw is actually a demon.

Read more: Do Souls in Purgatory Return from the Dead?

Spirits of the dead

There is one other category of “ghosts” that does not fit the definition of an angel or demon. There have been countless stories throughout the centuries of saints or souls in purgatory who visit people on earth. Saints appear to people to urge them on and give them hope of eternal life and souls in purgatory typically come to ask for prayers or to thank someone for prayers. The saints have attested through the centuries of seeing souls from purgatory, but these souls always seek the prayers of those they appear to and then thank the saint when they are admitted into Heaven. Souls in purgatory have a purpose behind their appearance and do not seek to scare or intimidate us.

The Church officially does not have anything “written in stone” regarding the souls who appear after death, though stories and the common experience of people appear to confirm this phenomena. It is possible that some ghosts are the spirits of deceased relatives who seek to give us a word of comfort or even warning, but the Church has not said either way whether that could be the case or not.

In the end, the Church would suggest that if you are plagued by ghosts who are trying to haunt and scare you, don’t call the Ghostbusters. Call your local priest instead. There might be something much more sinister at work that paranormal investigators will have no power over.