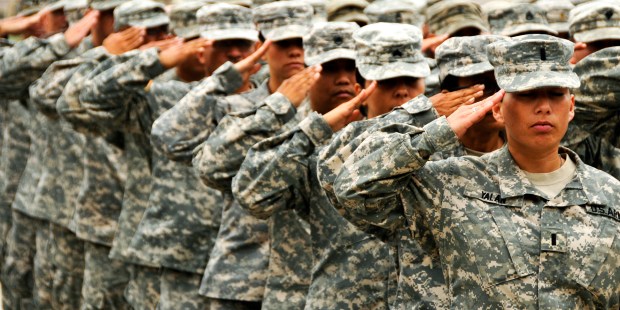 A military chaplain is taking up spiritual arms against pornography addictions affecting our troops, using a “Smartpack” designed by an anti-porn counselor and a non-profit founded by Catholic service members.

The Smartpack was created with troops in mind, compact and practical. Dr. Peter Kleponis, founder of Integrity Restored, had a hand in designing it.

He described the Smartpack as an effort “to help Catholic chaplains to help military personnel who may be struggling with pornography.”

Kleponis explained that the Smartpack includes an eight-page document that points to “what life without pornography looks like and how there is a lot of freedom in that.”

“Airmen point to various stressors,” he said, “… however, the immediate availability, through any internet device, is clearly the central factor.”

Like Artz, Kleponis said pornography hurts the marriages of military service members. He also described damage “to one’s spiritual life, one’s relationship with God. This is a mortal sin.”

Marine Captain Jerome Lademan, another developer of the Smartpack, is himself no stranger to the effects of pornography. In his lengthy interview with Catholic Exchange, he detailed a long-term personal struggle with addiction:

“I was in a serious relationship a few years ago that I ended up breaking off,” he explained. “One of the main reasons was the pain I was causing because of my addiction. I did some soul searching and realized that I had to do something….

Editor’s Note: Lademan and Artz spoke on the condition that their commentary represented themselves and the Heroic Virtue Warfare Institute (HVWI) and not the Department of Defense or any other government entities or government employers.