Statewide votes next week may give marijuana big boost 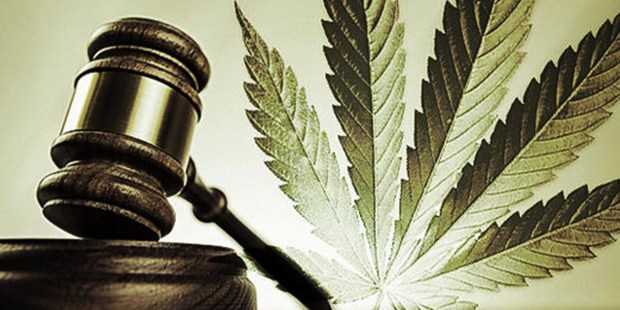 Though ballot initiatives would legalize pot’s use by adults, concerns for kids persists

Ruben De La Torre is okay now, but he has regrets. And he’s leveraging those regrets to help young people avoid the mistakes he made.

“I started with marijuana when I was nine years old. Marijuana made me hallucinate and made me nervous. It gave me panic attacks,” De La Torre said in a recent interview. “It gives you a hunger to crave other, more addictive drugs. You lose your mind a little bit. You can’t concentrate, you get nervousness, and you lose it.”

And, he said, smoking pot gives one a “lack of confidence.”

Nowadays, he added, marijuana can be worse because there is synthetic pot as well as natural. “They put other stuff in there that harms youngsters, teenagers,” he said.

Ruben’s abuse of marijuana and other drugs as well as alcohol eventually led him to 31 years in prison. He stopped using drugs and alcohol, he said, “when I found Christ in my life.”

Now 50 and living on the outskirts of San Isidro, California, he is opposed to the ballot initiative that may legalize recreational use of marijuana in his state. California is one of five states considering such legalization November 8.

“When you start [smoking marijuana], you think it’s going to be okay, but a drug is a drug,” he warned.

In the Golden State, as well as Maine, Massachusetts, Arizona and Nevada, advocacy groups are making arguments pro and con, as well as putting forth testimony from people like De La Torre before voters decide next Tuesday. In addition, several states are considering legalization of marijuana for medical purposes only.

Depending on how the votes go next week, recreational marijuana could end up being legal in a total of nine states plus the District of Columbia. As The Hill expressed it, “after November’s elections, nearly a quarter of Americans could live in states where marijuana consumption is legal.”

Voters in four states — Colorado, Washington, Oregon and Alaska — and the District of Columbia have passed measures legalizing marijuana for recreational purposes. If all five states with legalization measures on the ballot this year pass, 100 of the 435 members of the House of Representatives will hail from states where marijuana is legal.

Not to mention states where medical marijuana is now legal, as it’s been in California for 10 years.

One state that legalized recreational marijuana in 2012—Colorado—is grappling with early reports of pot’s effects on society.

In addition, the study said, hospital emergency room visits per year related to marijuana rose from 14,148 in 2013 to 18,255 the following year.

Several recent studies seem to be most concerned about the effects of marijuana use on young people. In one study, scientists in London, Ontario, discovered that early marijuana use may result in abnormal brain function and lower IQ.

“Previous studies have suggested that frequent marijuana users, especially those who begin at a young age, are at a higher risk for cognitive dysfunction and psychiatric illness, including depression, bipolar disorder and schizophrenia,” the study said.

“Early adolescent use of marijuana can lead to many long-term harmful outcomes,” said Deborah Hasin, lead author of a 2015 Columbia University study.

A 2014 Harvard study found that the size and shape of two brain regions involved in emotion and motivation may differ in young adults who smoke marijuana at least once a week. The findings suggested that recreational marijuana use may lead to previously unidentified brain changes.

Live Science summed up these concerns, but offered a caveat in interpreting the data:

Short-term use of the drug impairs thinking and coordination, and in long-term studies, teens who smoke marijuana have lower IQs later on, as well as structural differences in their brains, though scientists debate whether this is an effect of the drug or a result of habitual pot smokers seeking out less intellectually stimulating pursuits. Marijuana use has been linked to mental illnesses such as schizophrenia, according to [the National Institute on Drug Abuse].

But California’s ballot initiative, as in other states, would restrict marijuana’s recreational use to adults 21 and over. And Dr. Donald O. Lyman, former Chief of Chronic Disease and Injury Control at the California Department of Public Health, does not seem worried. Along with Gretchen Burns, Executive Director of Parents for Addiction Treatment and Healing, and Steven Downing, former Deputy Chief of the Los Angeles Police Department, Lyman wrote in support of Proposition 64:

Proposition 64 finally creates a safe, legal, and comprehensive system for adult use of marijuana while protecting our children.

Marijuana is available nearly everywhere in California —but without any protections for children, without assurances of product safety, and without generating tax revenue for the state.

Prop 64, they believe, will change all that.

Still, some are hesitant to give pot a green light.

“I am voting no. It’s already so available that virtually nobody doesn’t smoke pot because they can’t get it,” said a Santa Barbara resident who used to be a daily user. “While there are some good arguments for legalization such as reduced organized crime and increased tax revenue, on the whole I am generally not in favor of adding another legal intoxicant to the mix.”