The saint-makers: Why did Popes John Paul II, Benedict and Francis canonize so many saints? 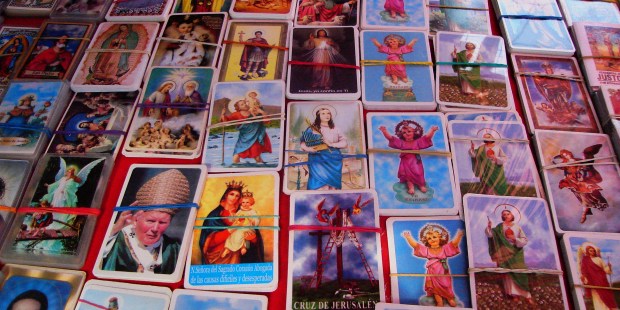 The three most recent popes canonized a total of 1,375 saints! Here’s why.

Did you know that Pope John Paul II, Pope Benedict XVI and Pope Francis have canonized a total of 1,375 saints? That number far exceeds the combined total of saints canonized since 1588, the year the Congregation for the Causes of Saints was established! Pope Francis alone has canonized 848 saints, more than any of his predecessors (his first canonization involved around 800 Italian martyrs).

It is a staggering number and odds are likely a single person will never be able to read the lives of each and every one of these holy men and women. Which brings up the question: Why so many saints? What is the point of canonizing such a vast number of people?

The universal call to holiness

Saint John Paul II began the call during his pontificate for more saints based on the teachings of Vatican II. His inspiration came specifically from Lumen Gentium and the chapter entitled, “The Universal Call of Holiness in the Church.” It is there we read about the need to realize that all people are called to lead a holy life united to Christ.

“Thus it is evident to everyone, that all the faithful of Christ of whatever rank or status, are called to the fullness of the Christian life and to the perfection of charity; by this holiness as such a more human manner of living is promoted in this earthly society. In order that the faithful may reach this perfection, they must use their strength accordingly as they have received it, as a gift from Christ. They must follow in His footsteps and conform themselves to His image seeking the will of the Father in all things. They must devote themselves with all their being to the glory of God and the service of their neighbor. In this way, the holiness of the People of God will grow into an abundant harvest of good, as is admirably shown by the life of so many saints in Church history” (LG, 40).

John Paul II firmly believed that all people, especially the laity, should aspire to holiness and not be afraid to become a saint. He wrote in Novo Millenio Ineunte, ”this ideal of perfection must not be misunderstood as if it involved some kind of extraordinary existence, possible only for a few ‘uncommon heroes’ of holiness. The ways of holiness are many, according to the vocation of each individual. I thank the Lord that in these years he has enabled me to beatify and canonize a large number of Christians, and among them many lay people who attained holiness in the most ordinary circumstances of life” (NM, 31).

By canonizing a vast number of people John Paul II wanted to show the world that anyone could become a saint! It is not something reserved for the priests and nuns of our world, but ordinary lay people, mothers, fathers, single, young or old, can strive for perfection in their state in life.

Pope Benedict XVI continued this theme and spoke during a general audience, “We might ask ourselves: can we, with our limitations, with our weaknesses, aim so high? During the Liturgical Year, the Church invites us to commemorate a host of saints, the ones, that is, who lived charity to the full, who knew how to love and follow Christ in their daily lives. They tell us that it is possible for everyone to take this road. In every epoch of the Church’s history, on every latitude of the world map, the saints belong to all the ages and to every state of life, they are actual faces of every people, language and nation.”

Pope Francis as well has spoken about the beauty of this teaching: “Every state of life leads to holiness, always! At home, on the streets, at work, at church, in the moment and with the state of life that you have, a door is opened on the road to sainthood. Do not be discouraged to travel this road. God gives you the grace to do so. And this is all that the Lord asks, is that we are in communion with Him and serve others.”

Why so many saints? Because there are so many saints, people of every age, race and nation who live heroic lives of virtue in the ordinary circumstances of life. We shouldn’t be afraid of seeking a life of holiness as our brothers and sisters in Christ are in Heaven cheering us on below.

They have done it. They ran the race to the end and made it!

Now it is our turn. Will we take on the baton of holiness and struggle in our state in life to lead a life of charity?

As John Paul II would say, “Be not afraid to be saints!”