The 2016 campaign: An ill wind that blows the Church good 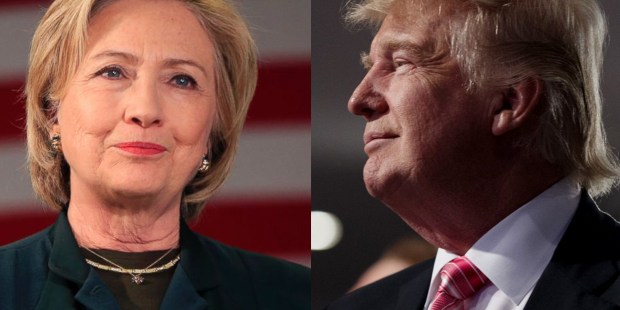 As the psalmist says, “Put not your trust in princes.” The major political parties are princes.

It’s an ill wind that blows no one good, and the ill wind — the category five hurricane — of this presidential election blows the Church good, though we may not feel it now, a week before the election. It’s good for us precisely because it’s so bad.

Texans tell a joke about one of their state universities, that a tornado hit the campus and did ten million dollars worth of improvement. The campus looks better wrecked is the joke that so amuses some Texans (but not others), but there’s a second part. That kind of destruction allows rebuilding from the ground up.

Rebuilding from the ground up

No pollster has asked Catholics if they will vote while holding their nose, or just stay home to avoid the smell, but the percentage who would say yes to either must surely be the highest ever. Many will be thinking, “All those years of party loyalty, all those hours in meetings, all those doorbells rung, those phone calls made, that money given, and this! is what I get.”

How sharper than a serpent’s tooth it is to have a thankless party. It’s a long, long way down from Eisenhower to Trump, or from Truman to Clinton.

That’s the ill wind that has done so much improvement. It has — and I don’t think this is only wishful thinking — finally blown apart the politically-minded Catholics’ loyalty to one or the other of the major parties and perhaps to one or the other of the standard ideologies as well. For some the loyalties had already fallen or were coming down, and for others they remain standing but shaky, but I don’t think that those loyalties will ever be repaired or rebuilt.

The Church herself notes the sharp limits of political parties, and by extension of ideological groupings. The Compendium of the Social Doctrine of the Church calls them an “instrument” the Catholic must choose as he would choose any instrument, for its usefulness for the purpose at hand.

The party’s not an identity, at least not any more, and that is a hard thing for us to understand. Many of us grew up with a family political identity that helped define who we are. Even without that, we feel politics to be so urgent and so final that we give our party an eschatological role. It will either help create heaven on earth or prevent the other party from creating hell on earth. Think: Supreme Court.

The party an instrument

American politics depends on that sense of urgency. The parties and candidates spend billions of dollars to make us feel that way. Tens of millions of Americans speak that way without being paid. They’re all in for Prince X or Prince Y. You must vote, you must breathe, Republican or Democrat, conservative or liberal.

The Church says, serenely: Don’t do that. The party is only an instrument by which we accomplish our ends. You use it only as long as it works. We want our surgeon to put down the scalpel and pick up the laser when the laser makes the surgery easier. We don’t want him to say, “I’m a scalpel man, always have been, always will be.”

More to the current point, the Church teaches that the parties are poor instruments. “It is difficult for the concerns of the Christian faith to be adequately met in one sole political entity; to claim that one party or political coalition responds completely to the demands of faith or of Christian life would give rise to dangerous errors,” the Compendium continues. “Christians cannot find one party that fully corresponds to the ethical demands arising from faith and from membership in the Church. Their adherence to a political alliance will never be ideological but always critical.”

As the psalmist says, “Put not your trust in princes.” The major political parties parties and the dominant ideologies are princes. They are only ambiguously and unreliably on our side. We are votes to be exploited, bought at the lowest possible cost, mostly insincere lines in the party platform. Think of the last scene of Animal Farm, pigs and farmers — the princes — together inside the house, the other animals left outside. We’re the animals in the cold of the barnyard.

It’s the beginning of Catholic political renewal when lots of Catholics know that. This campaign’s ill wind has blown down our old homes. We’re now free to shop around.