Unsuspecting kids get an eye-opening “teachable moment” in mercy 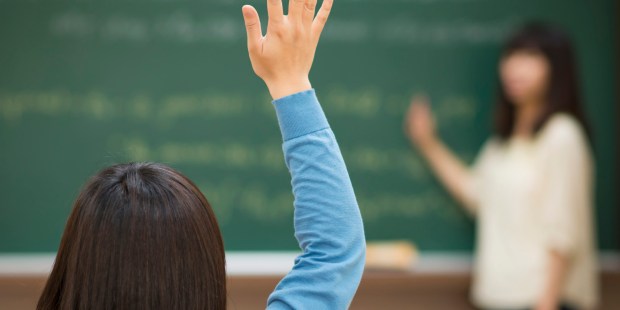 What happens when a school celebration is designed to mimic real life?

The teacher looked up and smiled from behind her desk, summoning me to come in despite the chaos around her. I cautiously stepped over students sitting on mats of ripped newspapers. Their huddled mass was arguing over a small plate of food, strategically placed in the middle of them.

My eyes questioned the nonchalant teacher, who had already returned to typing away at her desk. Two other groups of students were gathered around separate tables, and were the envy of the unfortunates seated on the floor. The students at the first table were feasting on more food than the entire class could have possibly consumed. The table was adorned with a fancy tablecloth, silverware, and piles of goodies.

While not as big and fancy as the first, the second table also had a decent spread, and the students there were enjoying Oreo cookies, brownies, and potato chips galore.

I finally made my way over to their teacher, Jodi, wondering what she was up to. There was sure to be an underlying lesson here, of that I had no doubt. Jodi’s unorthodox way of infusing lessons through “teachable moments” often created a dynamic depth cherished by her students. It wasn’t hard to see why it was impossible to forget these “teachable moments,” particularly when stepping into the middle of them.

Too curious to even think of escaping the noise, I watched as the teacher grabbed a large black trash bag from behind her desk and announced that it was time to clean up. The kids at the tables with the exorbitant amounts of food groaned as they tried to cram the last bits of cookie and chips into their mouths. Jodi marched over to the table and began shoveling food into the trash bag, including even what was unopened. The kids watched her with surprise and indignation as she proceeded to throw away coveted snacks.

Jodi never paused, systematically stepping to the other table and doing the same. The students quickly thought to hide food in their backpacks, but were immediately reminded of the agreed-upon consequences. All the while, the huddled newspaper vagabonds on the floor sat drooling angrily.

Jodi then handed charge of the classroom to me as she moved to take the bag to the dumpster behind the school. All eyes fell upon me, some for answers, others for sympathy. The enormity of that class lesson had stirred the students, and I followed Jodi into the hall, wondering what would be the explanation.

She turned to explain. “Each year, I have the students bring in food for what they believe will be a big party. They draw numbers and are subsequently put at different tables, each representing a first, second, or third world country.” This clarified why some kids were sitting on the floor. “The students are given strict rules about sharing. Whatever isn’t eaten gets thrown away, demonstrating waste and want,” she concluded.

“My real hope is that just once a student will accept the consequence, and do the right thing,” she said boldly. “I want mercy and charity to win over justice.”

Just then, the door cracked open and a young lady emerged slowly from the classroom. She tried to remain confident as she challenged her teacher for possession of the bag. The young lady refused to allow the waste, or her classmates to go without. Jodi tried to hide her delight, firmly reminding the student of the detention she would serve, before finally handing the bag over to the steadfast student.

This particular student had learned something far deeper than disparity. The metaphorical door had been cracked, shining on the corporal works of mercy, and the heroic call to live the gospel despite the consequences. She did in fact serve detention. She took the penalty for the sake of the class, and became not only a hero to her classmates, but secretly to Jodi as well.

“The first concern must be the individual person, who lacks daily nourishment, who has given up thinking about life, family and social relationships, and instead fights only for survival. … there is food for everyone, but not everyone can eat, while waste, excessive consumption and the use of food for other purposes is visible before our very eyes” — Pope Francis, November 2014