The stranger whom God placed in my path 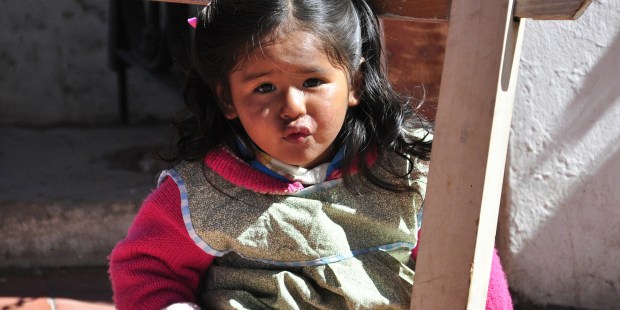 To help an immigrant child make her way in this country is to “take in” the stranger, one of the seven corporal works of mercy.

With less than a month left in the Jubilee, probably most of us have been thinking more than normal about the works of mercy. I know I have. Providing shelter for the homeless—one of the seven corporal works—seems straightforward enough. But its status as a corporal work of mercy finds its origin in Jesus’ command to “welcome” or “take in” (depending on which translation of the Bible you’re reading) the stranger.

So who is the stranger? Is it simply someone we don’t know? Perhaps. But in reading the Church Fathers, we get a much more resonant and straightforwardly Christian sense of the stranger: anyone who is isolated or marginalized.

And there is another, perhaps less likely, cadre that makes the cut: those who are traveling.

St. John Chrysostom, rattling off in a sermon some of the charitable works performed by the Church, speaks not just of the sick, but the sick in the “caravansary” (the inn where a band of travelers—a caravan—might take shelter for the night). More generally, he tells us that the Church cares not only for widows and prisoners and the maimed, but also for those who are simply away from their homes.

We live in a different time, but there are still some for whom travel might be a risky and frightening enterprise, particularly when it’s a one-way trip. Some, in other words, for whom leaving home means separation from family and community—separation from those who can be counted upon to offer sustenance, comfort and relief in times of need.

Such as these are among us today. They are vulnerable, and we are obligated to help them.

Several years ago, I began tutoring low-income kids who were struggling with reading and writing. My first student was a quiet and shy girl who, two months into kindergarten, recognized a total of five letters.

Maria’s parents immigrated to this country from Latin America. They communicate almost entirely in Spanish, and Maria has been fully immersed in that language from the day of her birth. One day, as we sat at our usual spot in the school library, she told me, unprompted, that she is scared around people who speak English.

She has her safe havens—her parents and siblings, the Spanish-speaking families who live in her trailer park, the familiar crowd at the Spanish Mass that she attends on Sundays. Although Maria was born in the U.S. and has never left the country, when she emerges from these places of refuge, she is a traveler in a foreign land.

She is also the traveler—the stranger—God placed in my path.

When I began working with underprivileged kids, I don’t think the idea of mercy ever entered my conscious thought. It was not until I began digging into the history of the corporal works of mercy—prompted to that task by matters entirely unrelated to my venture into the world of (il)literacy—that I began to contemplate my work with Maria as an act of mercy.

It is only when we have been shown mercy—divine mercy—that we have the capacity to be a source of genuine mercy for others.

But there’s a flip side to this, one that I have to admit I’m still struggling to embrace: when I spend time helping kids learn to read and write, God’s mercy returns to me. I give, but I also receive.

When, in Matthew’s account, Jesus sits on his throne, he says to the sheep at his right hand, “I was a stranger and you welcomed me.” In response to their protests, he supplies this corrective to their vision, and to ours: when we welcome one who is reckoned among the least in this world, we welcome Jesus himself.

Working with Maria is, more than anything else, a chance for me to see—with my eyes and my mind and my heart—Christ in the person of a Spanish-speaking girl who is finding her way in a distant land. It is teaching me how to be a sheep instead of a goat.

The Beloved Disciple, in chapter three of his first epistle, underscores the gravity of the matter with a rhetorical question: “If any one has the world’s goods and sees his brother in need, yet closes his heart against him, how does God’s love abide in him?”

And so the time I plow into tutoring—prepping lessons, slogging over to the school twice a week, cruising the store aisles for birthday presents and Christmas gifts and the stickers and candy bars that reward a job well done—is, if I allow it to be, not time lost but a channel through which God’s mercy flows into my own heart.

It is only in receiving this mercy that my time with Maria can itself become a work of mercy, a welcoming of the stranger and a harboring of the traveler—something abundantly different and infinitely more than what would otherwise amount to a feel-good line on a resume.

Maria is now in fifth grade. We still meet twice a week, and over time she has become such a chatterbox that we sometimes struggle to make it through her lesson in the time allotted to us. Perhaps she has, at least partially, overcome her fear of the English-speaking settings that she has no choice but to frequent. And I’d like to believe that our time together has become another of her safe havens. But she has a long path ahead of her in this distant land, and she will need Christians to welcome her along the way. May God, in his mercy, provide them. Their souls depend on it.