Venerable Henriette Delille, a Catholic woman of color on the road to sainthood 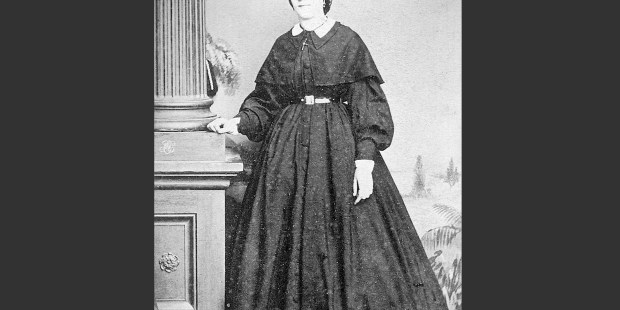 The young Creole woman and the order she founded cared for the sick, helping the poor, teaching both free and enslaved men, women and children.

People who aren’t from the South might not be familiar with the French Creoles. The Creoles are descendants of the settlers of Louisiana who were of French descent. The term also became applied to descendants of enslaved Africans who were born in Louisiana. One of those descendants was a woman by the name of Henriette Delille.

Henriette was born in 1813 in New Orleans. Her father had been born in France and her mom was a “free woman of color.” Theirs was a common-law marriage, which was quite typical at the time in New Orleans. The people practiced the placage, a recognized “legal” system whereby European men, although legally married, entered into relationships with non-European women of African, Native American or mixed-race descent. As a Creole, Henriette was a qualified “candidate” for a placage common-law marriage and her mom was resolved to see that it happened. Her daughter was not so determined.

Henriette’s mother, on a quest to see that her daughter became a common-law wife to a wealthy white man, trained Henriette in the fine arts of dance, literature and music. She made sure that Henriette attended as many “quadroon balls” as possible. (The term quadroon was used for mixed-race people of no more than one-quarter non-white ancestry. In the racially structured society of New Orleans, “quadroon” women were considered socially acceptable as concubines for white men.) There was one problem; Henriette was not interested. Her mind, heart and soul were pointing in a different direction.

Henriette had developed a deep faith in the Church and its teachings. She wanted no part of the life her mother was planning for her. Rather, she became an outspoken adversary of the placage system because it violated the Church’s teachings on the Sacrament of Matrimony. Henriette’s objections to her mom’s wishes began causing serious discord between mother and daughter.

When Henriette was 22 years old, her mother suffered a nervous breakdown and was declared by the courts as “incompetent.” Henriette was granted control of her mom’s assets and immediately made arrangements for her to be provided for. After ensuring her mom would was well taken care of and in good hands, she sold all the other assets. She took the remaining proceeds and founded a small, unrecognized order of nuns. They called themselves the Sisters of the Presentation. The order consisted of seven young Creole women and a young French woman.

Read more…Power in the Church? Women Have Always Had It

Henriette and her little group began their fledgling ministry by taking in some elderly women who had no place to go or help take care of them. In effect, Henriette Delille had opened America’s first Catholic home for the elderly. To this day this is one of the order’s primary charitable works. (Ironically, during the same year of 1836, a woman named Jeanne Jugan was in France acquiring a small cottage and beginning a new order. She brought a blind, crippled elderly woman into her home and so began the Little Sisters of the Poor, who have this same mission of care for the elderly.)

Henriette Delille had officially devoted her life to God. In 1836 she wrote, “I wish to live and die for God.” She and her group began caring for the sick, helping the poor, teaching both free and enslaved men, women and children. Henriette became a frequent sponsor for mixed-race babies at Baptisms in nearby St. Louis Cathedral and in St. Augustine Church. She also became very active in St. Claude School, founded for young women of color.

Henriette Delille died in 1862, at age 49. On March 27, 2010, Pope Benedict XVI declared that Henriette Delille had led a life of “heroic virtue” and declared the Creole woman from New Orleans, “Venerable.” When the sisters in her order heard the news they quickly gathered together, headed to their chapel and sang the Te Deum, praising God for the great blessing.

Venerable Henriette may well become the first African-American woman to be canonized a saint.

Father Augustus Tolton is the first African American ordained a priest in America. Born a slave, his story has also been told at Aleteia. He has been declared a “Servant of God” and is on the road to sainthood.