The hero of “Hacksaw Ridge,” as remembered by his son 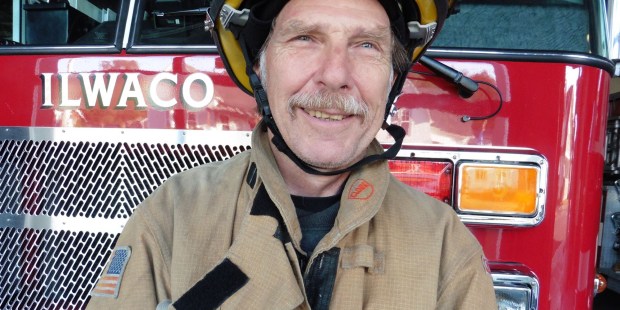 Hacksaw Ridge received a 10-minute standing ovation when it had its world premiere at the Venice Film Festival in September. Now, as the Mel Gibson film hits screens in the US, moviegoers are learning about its unusual, true life World War II hero, Pvt. Desmond T. Doss.

Doss’s son, Desmond Jr., spoke with Aleteia about his celebrated father, who was the first conscientious objector in US history to receive the Medal of Honor.

When did you first learn that someone wanted to make a film about your father?

The production was well underway when I found out about it. I saw it on a Facebook post.

So perhaps they didn’t know about you?

As soon as they found out I was interested in it, Lionsgate, the distributor, got me very involved.

Whose idea was it originally to make this movie?

I don’t know all the background on this, but I think the origins go back to a fellow named Terry Benedict, who did a documentary, and that would have been some years ago. It was called The Conscientious Objector.

How much was Mel Gibson involved in the concept of this movie?

I’ve been talking to him for the last few days. … A fellow named Bill Mechanic [one of the producers of Hacksaw Ridge] is the person who brought him on board. He read the script and got very interested in it at that time.

How close is the movie to your father’s life and what he did during the war?

It’s remarkable, it’s remarkable. The actors were very, very intent on trying to get this right. They were moved by the story and they put extra energy just to try to capture the persona and everything of the actual people involved, and they did a remarkable job at that. It is a movie—it’s not a documentary—but the accuracy is uncanny.

What do you remember about your father and mother growing up?

Well I get asked that a lot. You have to understand that my dad is just a regular, ordinary human being, and so is my mom, and we’ve had just a regular ordinary life. Now, I understand that my father did some extraordinary things, and so he went out and spoke about that on the weekends and stuff to church groups and things like that. But the rest of the time it was all just very ordinary. We did what ordinary people do. I’m not sure where the idea comes from that there would be some difference.

Did he talk to you a lot about this battle on Okinawa and how he saved 75 men?

You know, I get that asked a lot too, and I hate to say, I heard the story over and over and over, like once a week, so I was very familiar with the story, but not so much that we talked one on one about it. I was just a little kid, you understand, when I started hearing all of it.

And did you discuss why he acted this way?

Well you saw the movie, right? I think it’s pretty self-explanatory, don’t you?

But was that part of your conversations with him? Did he talk much about the background of why he wouldn’t pick up a rifle?

My father was not an act. It was just an intuitive event. It was who he was… It wasn’t like he set out to have this goal, it was just a natural outflow of who he was.

Tell me about yourself.

Your father was a Seventh-Day Adventist. Are you as well?

I am not. I’m not particularly religious, but I have a spiritual life I value very highly.