Must-Listen: A song that paints a realistic, but hope-filled image of marriage

“Marriage involves a thousand deaths to self…but at least as many resurrections,” says artist

The only way to find your life is to lay your own life down and I believe it’s an easy price for the life that we have found.

Dancing in the minefields. For those who have weathered the storms of marriage over time, the title needs no explanation: marriage is a perilous journey.

Singer, songwriter, and author Andrew Peterson wrote the song shortly after his 15th wedding anniversary. He and his wife had a late-night argument that ended in tears and Peterson marching downstairs to write about it.

“I don’t often want to channel my anger into a song, but I was thinking about how beautiful it has been to spend 15 years with someone who made the same promise I did,” shared the artist in an interview with Kevin Davis.

Peterson shared that marriage is one of the most beautiful metaphors for God’s love, “but, that doesn’t mean it’s easy. To the contrary, it’s fraught with peril. Any good marriage involves a thousand deaths to self. The good news is, in Christ that marriage involves at least as many resurrections. We lay our lives down and enter this perilous dance with another human being who has done the same. Why should we expect to emerge unscathed?”

The message of Peterson’s song is nothing new, but it’s worth repeating, especially in a culture that often offers only two extremes: unrealistic fairy tales and happily ever-afters or prenups and all together giving up on the idea of faithful marriage.

Again, it’s a simple message, but it needs to be told. And this is what Peterson sets out to do, to “remind us again and again of simple, solid things like love and friendship and hope and redemptions and beauty and how our stories were meant to be shared, and how the darkness will not always hold sway, and how we, being human, need to hear those things over and over again, because otherwise we become disconnected from the very stories we’re living in.”

“Dancing in the Mine Fields,” from Peterson’s album Counting Stars, is available on iTunes. 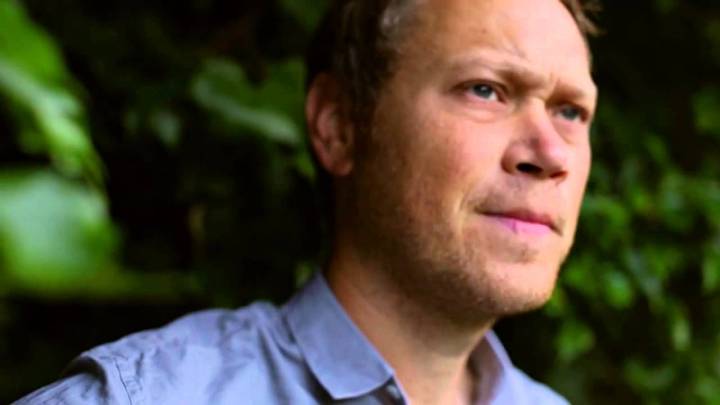