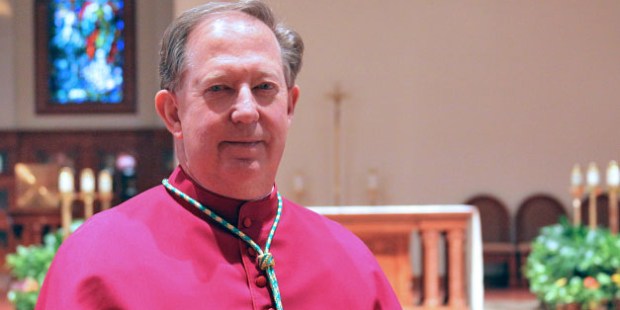 Earlier today we wrote about the actions of Father Frank Pavone, founder of Priests for Life, who placed an aborted fetus on an altar while delivering a homily that involved electioneering regarding today’s election.

Now, Bishop Patrick J. Zurek of the Diocese of Amarillo, Texas, has announced that he is opening an investigation into Fr. Pavone and his actions, writing:

• Priests for Life, Inc., is not a Catholic institution, but a civil organization, and it is not under the control or supervision of the Diocese of Amarillo.

• Father Frank Pavone has posted a video on his Facebook page of the body of an aborted fetus, which is against the dignity of human life and is a desecration of the altar. We believe that no one who is pro-life can exploit a human body for any reason, especially the body of a fetus.

• The Diocese of Amarillo deeply regrets the offense and outrage caused by the video for the faithful and the community at large. The action and presentation of Father Pavone in this video is not consistent with the beliefs of the Catholic Church.

• The Diocese of Amarillo is opening an investigation about all these matters.

Father Pavone is incardinated within the Amarillo diocese, and is permitted to minister outside of that diocese at the pleasure of the bishop.