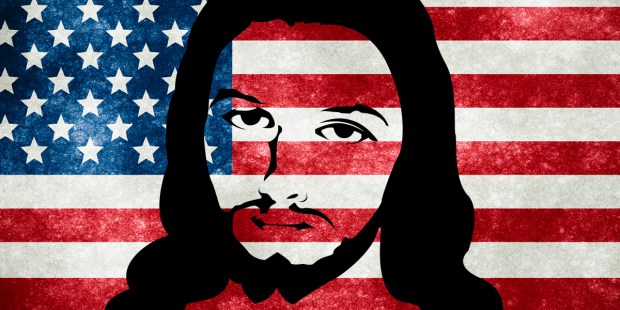 This election reminds us that our home is in Heaven

I grew up in a politically active household. My Catholic parents held fiercely to their faith-informed beliefs and the corresponding political views. But they also instilled in me a love and respect for my country.

No matter how disliked a president was in our household, we always called him by his title, “President ______.” My family never used pejorative insults or even first names for politicians. I learned from my parents that no matter how repulsive one finds another person’s political views, it is important to never lose a sense of his or her dignity. This important lesson showed me how a Christian should navigate the political world.

To be frank, this lesson has been difficult for me to live this election year. Like many of you, I have been disturbed and shocked by the behavior and views of both our presidential candidates. I sometimes have found it difficult to remember their dignity as human persons. But after watching Cardinal Dolan respectfully and joyfully interact with Clinton and Trump at the Al Smith dinner I was reminded of my parents’ lesson. No matter the consequences of their dangerous views, Trump and Clinton are human beings. They hope for human acceptance and fear rejection just like all of us. After watching the dinner that night, I resolved to pray more for both Trump and Clinton.

History proves that no country has a never-ending monopoly on security, success, or power. The United States will be no exception. I have never intellectually ascribed to American exceptionalism. But after this election season, even my spontaneous, defensive love for my country has been tempered by a realism that I think, as long as it does not spiral into despair, is healthy for any Christian.

The United States is not our home.

No country is anyone’s home.

Heaven is our home.

As Catholics we all should cast our votes and remain involved in the political system. There is no room for apathy in the Christian worldview. No matter how we vote this year, we can find hope in the fact that our final vote, our “eschatological vote,” is for someone who is perfect in every way. However much we may exit the voting booth with trepidation and unease, we can rest assured that God is our ultimate leader. And he has the power to bring great good from any situation.

Ultimately, the vote we cast that matters most is our “Amen” to the King of the Universe.

To all that lies before us, to the unknown, to the difficult, to the joyful, to the surprises, to the pain, we say, “Amen!”

As long as you are with us Jesus, King of the Universe, we can joyfully say “Amen!”

(This is probably a good time to remind everyone that the novena to Christ the King begins this week!)