Obama: Come together as Americans first 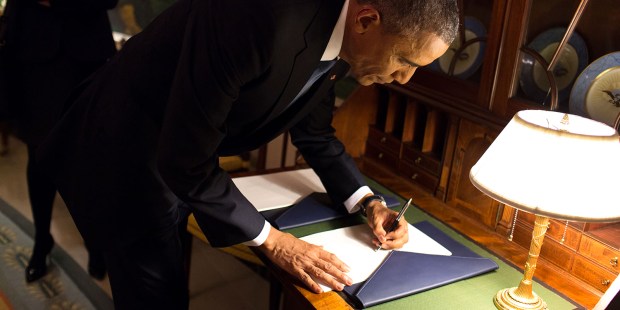 President Barack Obama, speaking soon after the emotional concession speech offered by Hillary Clinton, called on Americans to unite after a highly contentious campaign season ended with the election of Donald J. Trump.

Speaking around noon, the day after a long, drawn-out night that saw Trump rack up 279 electoral votes, Obama said that in spite of significant differences he has with the president-elect, he pledged his support in the transition to the new administration. He recalled that in spite of major differences his predecessor, President George W. Bush, had with him eight years ago, the Bush team provided “professional and gracious” support in the transition to the Obama presidency.

“I have instructed my team to follow the example that President Bush’s team set eight years ago and work as hard as we can to make sure this is a successful transition for the president-elect,” Obama said, “because we are now all rooting for his success in uniting and leading the country.”

While the Trump victory sparked protests in parts of the country, including activists in Oakland, Calif., smashing windows and setting fire to garbage bins, Obama called on Americans to remember that whether they are Republicans or Democrats, they “are all on the same team.”

The president said he called Trump at 3:30 Wednesday morning, after the president-elect delivered his victory speech, and invited him to a meeting at the White House on Thursday.

“This is an intramural scrimmage,” Obama said, speaking in the White House Rose Garden with Vice President Joseph Biden at his side. “We’re not Democrats first; we are not Republicans first. We are Americans first. We’re patriots first. We all want what’s best for this country. That’s what I heard in Mr. Trump’s remarks last night. That’s what I heard when I spoke to him directly. And I was heartened by that. That’s what the country needs—a sense of unity, a sense of inclusion, a respect for our institutions, our way of life, rule of law, and respect for each other. I hope that he maintains that spirit throughout this transition, and I certainly hope that’s how his presidency has a chance to begin.”

Obama acknowledged that the 2016 contest was a “long and hard-fought campaign” and that “a lot of our fellow Americans are exultant today,” while a lot are “less so.”

“But…that’s the nature of democracy,” he said. “Sometimes you lose an argument, sometimes you lose an election,” Obama said. “But the path this country has taken has never been a straight line. … We try really hard to persuade people that we are right, and then people vote. … We go forward with the presumption of good faith in our fellow citizens because that presumption of good faith is essential to a vibrant and functioning democracy. That’s how this country has moved forward for 240 years.”

Separately, Archbishop Joseph E. Kurtz of Louisville, Ky., president of the U.S. Conference of Catholic Bishops, congratulated Trump and urged those elected in various races around the country to “move toward the responsibility of governing for the common good of all citizens.”

“Let us not see each other in the divisive light of Democrat or Republican or any other political party, but rather, let us see the face of Christ in our neighbors, especially the suffering or those with whom we may disagree,” Kurtz said in a statement.