One mean election: Lessons I learned from Atticus Finch 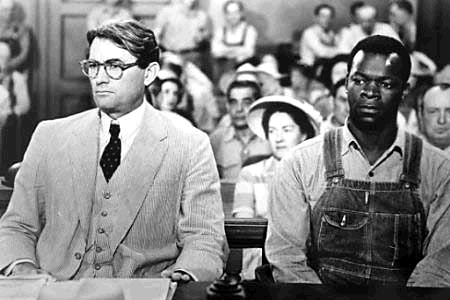 Well, at least she thought she did.

After all, it was late at night and the glaring light Atticus had dangled from the jail’s outside wall cast shadows that made each of these men look like strangers. Mean. Menacing.

But Scout was sure she knew him.

“Don’t you remember me, Mr. Cunningham? I’m Jean Louise Finch. You brought us some hickory nuts one time, remember?… I go to school with Walter. He’s your boy, ain’t he? Ain’t he, sir?”

It was the first sign of comity in an otherwise strained circumstance. Only moments before, you could nearly hear men’s mean sweat drop to dry gravel on the sweltering Alabama night. A stillness pressed the scene outside Maycomb’s dusty jailhouse. Impatient fists had clenched and weight shifted from one restive foot to the other. Pressed by this mob hungry for an accused rapist’s blood, her father Atticus’ cool visage was unsettled. Scout had caught the fleeting flash of fear in his eyes and the nearly imperceptible, but uncharacteristic tremble in his fingers. It was something only an 8-year-old daughter could sense as out of place in her father. Meanwhile, the angry gnats attacked the flickering light hanging close overhead.

“He’s in my grade and he does right well. He’s a good boy, a real nice boy. We brought him home for dinner one time. Maybe he told you about me, I beat him up one time but he was real nice about it. Tell him hey for me, won’t you?”

What was she doing? Didn’t she know what was at stake here? A mob can show little mercy even to the earnest young – especially when it feels righteous and wronged.

Yet, Atticus didn’t raise her to believe in mobs, but to believe in people. In their inherent dignity. In their oft-obscured better natures. In their sympathetic hopes and aching failures. Atticus taught her to believe in lost causes. And justice overwhelmed by mercy. And Conscience not easily assuaged by honey-tongued excuses.

When Scout’s older brother, Jem, destroyed that mean old Mrs. Dubose’s camellias, Atticus agreed to Mrs. Dubose’s demand requiring Jem to read Ivanhoe to her daily for two hours. When she died shortly thereafter (having just defiantly conquered her ailing body’s morphine addiction), the children were incredulous when Atticus called her a lady – especially after the disparaging remarks she relentlessly spat about him.

“She was [a lady]. She had her own view on things, a lot different from mine, maybe… I told you that if you hadn’t lost your head I’d have made you go read to her. I wanted you to see something about her – I wanted you to see what real courage is, instead of getting the idea that courage is a man with a gun in his hand. It’s when you know you’re licked before you begin but you begin anyway and you see it through no matter what. You rarely win, but sometimes you do.”

And when Atticus agreed to faithfully and fairly defend a black man wrongly accused of raping a white woman, he dismissed the denunciations leveled at him by neighbors and erstwhile friends.

“All I can say is, when you and Jem are grown, maybe you’ll look back on this with some compassion and some feeling that I didn’t let you down. This case, Tom Robinson’s case, is something that goes to the essence of a man’s conscience – Scout, I couldn’t go to church or worship God if I didn’t try to help that man… Before I can live with other folks I’ve got to live with myself. The one thing that doesn’t abide by majority rule is a person’s conscience.”

Atticus’ voice echoed in Scout’s head on that humid night as she looked tenderly at Mr. Cunningham. Surely, he was a man with an angry motive, a violent impulse, a sin urging to be committed. But also, he was a father, a neighbor, a fellow traveler earnestly, uncertainly navigating the meanness in his world.

She looked at him and said,

And he lowered on his haunches, gently placed his hands on both of her shoulders, and smiled saying,

And they were gone.

As the election of 2016 has come and gone, perhaps we have lost sight of the Tom Robinsons and the Mr. Cunninghams. Perhaps we have heard only invective and innuendo, seen — on both sides — unsympathetic mobs instead of earnest, uncertain men and women trying to make their way through the meanness of this world. And perhaps, it is time we paid the proper, dutiful respect to that quiet, steady voice of Conscience… urging us to hope, to love, to help in spite of our divisions, in spite of our differences.

On the final page of Harper Lee’s masterpiece, To Kill a Mockingbird, Scout wonders aloud at how wrong she had been about someone she feared, someone she realized she knew so little about, someone she came to appreciate.

“Atticus, he was real nice.”

With characteristic warmth, Atticus looked at her.

“Most people are, Scout, when you finally see them.”