What is the best way to support Catholic arts and letters? 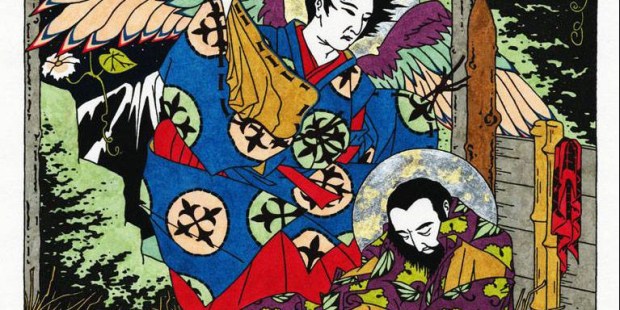 Art that wants to be beautiful, good, and true only suffers when we refrain from hard critiques in a well-meaning effort to encourage

Catholic arts could stand some patronage, because if “beauty will save the world,” Catholicism — whose artisans have given the fullest continual expression to all that is beautiful, good, and true almost since the Church’s founding — must emerge as a fluent participant in modern literature, theater, cinema, music, and the fine arts.

As a Catholic supporter of the arts, I write that sentiment with all great sincerity.

Catholic art  must be great art. The world deeply needs art that can engage the culture in ways that surprise, challenge, stun, enlighten, inspire and, ultimately, evangelize. We have been bereft of popular Catholic literature and drama — and its ability to impact social thinking — for too, too long.

Because that is true, (and because society needs Catholic art more than it knows) what we produce — and more importantly, perhaps, what we praise— must be a cut above the ordinary. Screenwriter and professor Barbara Nicolosi consistently and persuasively argues that Christian and Catholic artisans are too often producing not-great content that, because we are so thrilled to have anything released into the culture representing our perspective, nevertheless ends up being well-reviewed and promoted by Christian media. In cinema, the sad result of that sort of ghetto-friendly praise has been the release of a string of middling-to-mediocre films released to a public that has become wary of dropping a fair bit of money only to be disappointed. Possibly that unbalanced buzz-to-contentment ratio played into the recent failure of the much-anticipated remake of Ben-Hur, which couldn’t find an audience, even among the Christians.

This is becoming a real problem in Catholic entertainment media: well-intentioned raves for so-so productions end up funding additional mediocre products whose (often very good) messages cannot carry beyond the Christian or Catholic ghetto, because the package is simply not strong enough to do so.

Recently, I was sent a screener of a film about a hero of mine, whose cause for sainthood has been opened. I looked forward to watching it and to writing about an inspiring Catholic figure. The film, however, was so poorly done I felt insulted that the producers would release something so awful, as though a hungry audience would appreciate any cinematic gruel fed to it. Good intentions alone do not make a good movie, and I couldn’t give it a positive review with any integrity. Instead, I wrote nothing at all, which in a way implies consent by silence.

An interview with sculptor Timothy Schmalz

That is not a comfortable position, either, however. Discreet silence almost suggests something scandalous — as though the effort were a disreputable act best left undiscussed.

Still, I believe that recommending the film would have ultimately hurt, not helped the emerging Catholic art movement which I so very much want to support. If Catholic art is finally going to find patronage and begin to make its way into the public, its quality must align with the praise, or the movement will crumble for the lack of truth attending it.

To my way of thinking — and I grant that I can be wrong in it — if we really want to see great theater, great literature, great cinema emerge from the Catholic quarter, then we must say more, not less; we must be willing to admit (and to hear) that some offerings have “hit the mark” and others have not. In this way we can help, not hinder, artisans and producers as they attempt to recapture Catholicism’s place in the arts and become viable voices to the broader audience. What praise can seem to be good and helpful on the surface may ultimately prove harmful to the larger effort. Great art can’t grow or thrive if it’s not challenged to be more than merely “a good effort.”

As I have written elsewhere, “Cosseting seldom if ever translates into greatness … [a bit of resistance means] you are always a bit of a beggar, which is not a bad thing in creation. It keeps you hungry, and reaching out.”

The artwork of Margaret Rose Realy

Because I believe that, and because I respect the efforts of all who are involved in the attempt to resurrect the great tradition of Catholic arts and letters, I hope Catholic artisans — screenwriters and poets, producers and playwrights and sculptors and painters and more — will see the good regard inherent in a critique that says “just…do it better…” and know that it’s a message meant to constructively encourage the bringing about of beauty, which, Christ-centered and true, will indeed save the world.