The Basilica of Saint Petronio, in Bologna: A church built on astronomical science 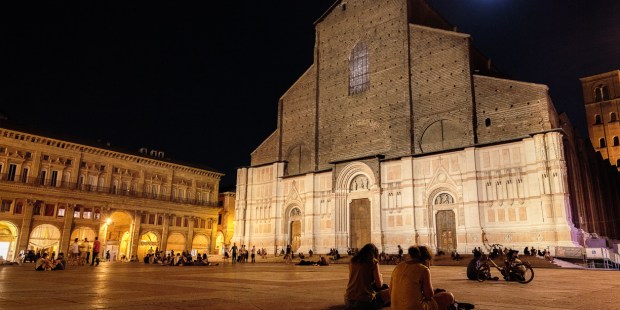 In its day, it was one of the most accurate solar observatories in the whole world

Maybe you’ve once stepped into an old European cathedral, and wondered what those zodiac signs were doing there. Isn’t that supposed to be sheer superstition? How did these signs get into a church? Are they simply part of the decoration, a weird Renaissance-Baroque extravaganza, a pagan reference to pre-Christian times, or are they there for another, not-so-well-known reason? Well, actually, they were indeed science, back in the day, although not for astrological reasons –- that is, they had nothing to do with horoscopes or any other so-called “divination” practice — but, instead, for astronomical ones, which are way different from the former. The signs of the zodiac were useful as part of a most accurate instrument, made for measuring solstices. One of the most accurate ones of the day was built in the Basilica of Saint Petronio, in Bologna, which is not only a cathedral but also a solar observatory.

In the cathedral, as the sun reaches its zenith, one can see, through a small hole in the roof of the church decorated with a halo and golden rays mimicking both divine and natural light, a beam of sunlight “touching” a brass and copper line on the floor of the church that runs through more than half the total length of the whole building. Where the line ends, one finds then this constellation of zodiac signs, roman numerals and references to solstices, calendars and other elements of astronomical science. This is what is called a “meridian line,” an element that, surprisingly to many, is just another piece to add to the fascinating puzzle that we might consider religious art is. It is the incorporation of astronomical elements into religious architecture –- that is, yet another instance in which we can find science and faith working alongside one another, following the liturgical calendar.

It is no secret that Easter, the Feast of the Resurrection of Christ, is not defined arbitrarily by a particular date, but s instead what is known as a “movable feast,” the date differing from year to year based on astronomical observations. The Council of Nicaea had already established that Easter is not an “anniversary” in the very same sense one might think of a birthday, for instance, falling year after year on the very same date. Rather, Easter in the Western Church is always celebrated on the first Sunday after the first full moon after the Spring Equinox. The Spring Equinox is itself a movable date, and what with leap years and other oddities of the Gregorian calendar, how could Church leaders be sure of calculating the correct date? Yep, you guessed it right: meridian lines.

As read in the great piece published by Atlas Obscura on the matter, “understanding the structure and rhythm of the cosmos through direct scientific observation was thus not antagonistic to Christian worship at all,” but rather “an essential expression of human piety.” It was, in fact, the best way to attempt to synchronize human, historical time with natural, divine time. Actually, the very first meridian line ever built in a church was designed by a Dominican Friar, Egnazio Danti, who happened to be a remarkable cartographer.

To read the full story at Atlas Obscura, you can click here.