After Fidel: What’s next for human rights in Cuba? 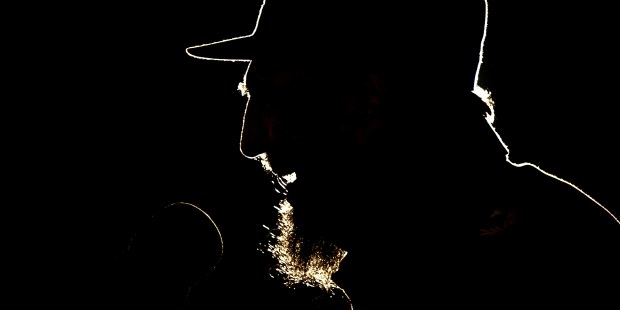 An improvement in the human rights landscape will take place in post-Fidel Cuba, but it will take a while.

So said several experts in the wake of Castro’s death Friday at the age of 90. As with so much in history, had the timing of the revolutionary leader’s demise been otherwise, different results may have been possible.

“If this would have happened 15 years ago it would have been a different story, but he did everything he needed to do to make sure that his tyranny would continue after he was gone,” said Alberto de la Cruz, editor of the anti-Castro Babalu blog. “That’s why you had that transition to his younger brother [Raul Castro], who has already started to transition to his children and grandchildren and relatives. If [Fidel] died 20 years ago, when he wouldn’t let any one else have power, there would have been a huge vacuum.”

Likewise, former State Department official Edward G. Stafford predicted there won’t be a radical change now that Castro is gone. “His brother is going to continue the policies,” Stafford said. “Will there be a gradual loosening of state control of every aspect of people’s lives? Probably. Don’t expect overnight changes. The problem for Raul … is that he sits atop of a politburo, a state government of people who have no interest in opening up because they have made themselves comfortable and fat on the wealth of the nation while keeping the vast majority of the country in dire economic straits.”

“This is the passing of the senior figure of the dynasty,” Stafford said of Fidel’s death. “It is not the end of the Castro dynasty.”

But hardliners in the Cuban government and communist party have lost their biggest rallying point, according to Stafford and Jalane Schmidt, author of Cachita’s Streets: The Virgin of Charity, Race, and Revolution in Cuba. Castro “had a lot of hard-line supporters in the Cuban government, particularly in the military and security sectors—people who, when he would write occasional dispatches in the last several years in Granma, these would be people of the more hard-line opinions he expressed and were resistant to change. I think that even though he stepped back from power, he still wielded influence there with those more conservative members of the government, so that provided something of a brake on change.”

Fidel’s death, therefore, might be “a signal that a new era is entered,” said Schmidt, who teaches religious studies at the University of Virginia. “So there’s some optimism that more changes can go forward.”

The former dictator’s demise comes almost two years after an announcement that Cuba and the United States would restore diplomatic relations, a deal facilitated by Pope Francis. And with less than two months to go before Donald J. Trump is sworn in a president of the United States, many aspects of that deal may now be in jeopardy.

De la Cruz maintains that repression on the island has “skyrocketed” since the deal was announced.

“Political arrests are the highest they’ve been in years, and that is a product of Obama’s Cuba policy,” he said. “It’s given [the Cuban government] more impunity. They know that no matter what they do Obama has an agenda that he wants to carry out…. They haven’t been required to give anything in return for all the concessions they’ve gotten from the U.S. So there’s a very good argument that Obama’s Cuba policy that engaging with and embracing and in effect supporting the regime in Havana has made life more difficult for Cubans.”

De la Cruz hopes that President-elect Trump will change that. “I think from what has been said, and gauging from individuals who are part of the Trump transition team, there’s a very good chance that a lot of Obama’s things are going to go away. Some things might be a lot more difficult to change, but others will be very easy. All you have to say is ‘Enforce the law.'”

But it’s not only Cuban-American exiles and dissidents who would like to see the deal fail.

“There are people in power [in Cuba] whose interest it serves to continue what they call the blockade, the U.S. embargo to Cuba,” Schmidt said. “It is still legally in effect. It cannot be changed without an act of Congress.”

But the embargo serves the interest of Cuban hardliners because “they have something to rail against. They have an excuse for why things aren’t more open,” said Schmidt, who has spent a total of three years in Cuba since 2000. “Many Cubans have told me over the years that the true blockade is within, meaning the repressiveness of the government and their justification on anything like internet restrictions or incremental changes.”

She pointed out that since Dec. 17, 2014, when the normalization of relations was announced, any change in U.S. policy has been executed by executive orders issued by President Obama. Trump can reverse any of those with is own executive orders.

Schmidt believes that the current regime in Havana is “pretty well entrenched.”

“If it didn’t go eight years ago when Fidel handed over power, it’s certainly not going to go now,” she said. “I think it will be sort of like China, a sort of plutocracy, klepto-capitalism, sort of for elites. It tends to be people who have party connections…. That’s already been happening in Cuba for the past 10 years or so. It tends to be the children and grandchildren of the old revolutionary guard, such as Fidel’s or Raul’s son in law, Fidel’s son, and also the high-ranking party bureaucrats…. I see things staying as a one-party state.”

But the Church has had more latitude to work in pastoral ministry and has been “preparing people for change,” she said, citing, for example, an MBA-like program offered at the Varela Center in Havana for local business people.

Stafford feels that Raul, who is much more of a pragmatist than his older brother and his old cronies, will not ease up on “any sort of direct or overt confrontation with the faithful in Cuba. For members of the laity and priesthood who get out of line and say things that bring them to the attention of the state security apparatus, things aren’t going to improve.”

But the institutional Church may be able to “get a little more leeway” to carry out evangelization, “which clearly was Francis’ goal,” the retired foreign service officer said. “I think there’s much greater opportunity for that with Fidel off the stage….So I think it’s going to lead, over time, to a bit more breathing space for the realists and pragmatists. It’s not that they want to see the power of the Cuban communist party lost; it’s not that they want to give control over to the people; it’s not that they want to see a thriving entrepreneurial class develop—or at least one develop independent of their cronies, like Raul’s son-in-law. But there’s going to be, I think, a little more day-to-day easing up of the state security apparatus. … I think it gives the Archbishop of Havana a real opportunity to emphasize the message that the Church is in Cuba not to fight with the communist government, the Church is in Cuba to work with and serve and support and care for the people.”