Daniel Rudd: Born into slavery, his Catholic faith was his fortress 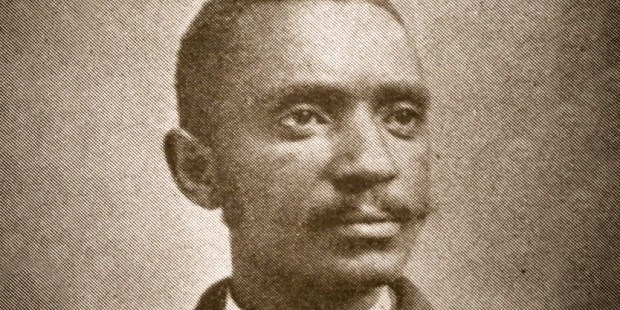 The newspaper founder called the Church “the only place on this Continent where rich and poor, white and black, must drop prejudice at the threshold and go hand in hand to the altar.”

Since the Rudds and Haydens were Catholic, so were Daniel’s parents. It followed that Daniel was baptized into the Catholic faith at St. Joseph’s Church. The 15-year-old daughter of his owner stood up for him as his godmother.

Daniel’s relatives had been church sextons at St. Joseph’s for three generations and Daniel was taught how to care for the church. He was quoted as saying he never experienced any segregation in his church. “We have been all over St. Joseph Church from foundation stone to pinnacle and no one ever told us to move.”

Since slaves did not attend school, it is thought that Daniel’s priest at St. Joseph’s was the one who tutored him.

After the Civil War, Daniel moved to Ohio with his brother, Charles. He managed to finish high school (at the time a rare achievement for a young, white man in a rural area, let alone a black man) and, upon graduating, became a political activist in the fledgling and dangerous civil rights movement. This was also when he landed his first job at a newspaper. The year was 1880.

Daniel Rudd, filled with an entrepreneurial spirit, opened the first newspaper by and for African-Americans in January of 1885. It was called the “Ohio State Tribune.” One year later the name was changed to the “American Catholic Tribune.” The opening statement emblazoned across the front page was:

“We will do what no other paper published by colored men has dared to do—give the great Catholic Church a hearing and show that it is worthy of at least a fair consideration at the hands of our race, being as it is the only place on this Continent where rich and poor, white and black, must drop prejudice at the threshold and go hand in hand to the altar.”

This was an incredibly courageous way to launch his paper. Yet Daniel Rudd, who was an “outsider” to his own people, was reaching out to them and asking them to consider converting. He let them know the Catholic Church was the “real answer” because it welcomed everyone. Somehow Daniel stood firm in the face of danger. His faith was his fortress even as the Ku Klux Klan, who were continually persecuting blacks, hated Catholics too.

Daniel Rudd managed to stay safe and went on to become a noted journalist, speaker and advocate for black Catholics. In 1889, he and Father Augustus Tolton (a former slave and the first African-American ordained a priest in America) began the National Black Catholic Congress in Washington D.C. By then his newspaper had a circulation of 10,000 readers. Mr. Rudd also was a leader of the Afro-American Press Association, was a founding member of the Catholic Press Association and helped found the Black Lay Catholic Movement.

Daniel Rudd, born a slave, became one of the most influential African-American Catholics in American history. In 1912 he moved to Arkansas where he taught in local schools and co-authored the biography of the first black millionaire in Arkansas, Scott Bond. Daniel Rudd’s Catholic faith was his anchor in the storm, the foundation for his courage and his comfort in the darkness he experienced. He passed to his eternal reward in 1932.

His message to his African-American brothers and sisters was:

“The Negro of this country, abused, downtrodden, and condemned, needs all the forces which may be brought to bear in his behalf to elevate him to that plane of equality. The HOLY ROMAN CATHOLIC CHURCH offers to the oppressed Negro a material as well as a spiritual refuge. We NEED the Church, the Church WANTS us. Investigate brethren!”