Why we hired a therapist before we tied the knot 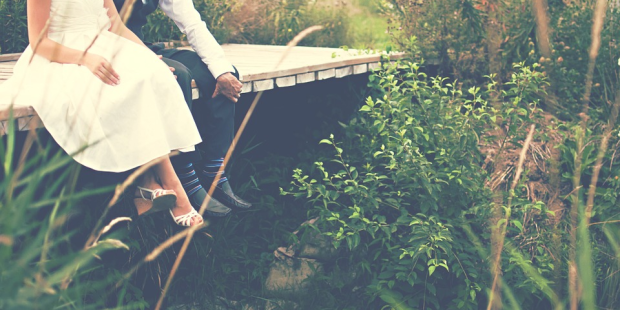 When the parish marriage prep program didn’t quite deliver, we took matters into our own hands

My husband and I were engaged during the month of February and set our wedding date for June. That gave us three and half months to plan a wedding for 150 guests, as well as do the marriage prep required by the Catholic Church. Truth be told, we weren’t looking forward to that part of the planning — mainly because the parish in which we were marrying required us to take its own peer-run 8-week (or was it 10?) program and we sensed it would be a waste of our time.

We were mostly right.

The presenting couples were lovely people and took their faith seriously, but my then-fiancé and I have advanced degrees in theology and psychology respectively and could easily have taught a class on Catholic marriage. One of the parish priests would show up every three or four sessions to handle some of the catechetical aspects of the program, but it was still pretty underwhelming. Our biggest challenge was to refrain from coming across as a couple of know-it-alls. We did our best.

While most couples approaching marriage in the Church today lack catechesis and can stand to not only learn more about their faith but also about the sacramentality of marriage, we knew we had that part pretty much down. What we thought we could use more of was the other stuff —  gaining some better tools for conflict resolution, advice for handling differences in our temperaments and backgrounds, etc. I grew up in a divorced family and my husband was raised in a home with constant marital strife — we knew both of us had some handicaps.

Although the presenters of our marriage prep program were open about their own joys and struggles, none of them could offer us anything we didn’t know already in the relationship arena, either. And after a few sessions, as we got to know the other engaged couples in class, I would have put money down that at least half them were never going to make it. We certainly didn’t want to be among them.

So we decided to hire a marriage and family therapist. Believe me, we didn’t have the extra money — I was busy trying to figure out how to cut every cost I could in what was a very expensive city to get married in — but we figured that even a few sessions would be better than nothing, given the gravity of what we were about to do. I found a Catholic therapist who specialized in working with engaged and married couples. In our first session, we explained what we wanted to gain from our time with him, and one of the first things he did was give us an inventory designed for engaged couples — a detailed questionnaire covering many areas: communication, family history, religious views, childhood traumas, coping skills, sexual history, temperament, etc. We filled these out separately during one session and by the next session he had the results.

There was no right or wrong about the inventory — its entire purpose was to help us identify any red-flags, incompatibilities, or hidden issues that could hamper our marriage. Having known each other a long time, it was hard to imagine anything big coming up, but we discovered a few surprising things. For example, we had different expectations when it came to in-laws and having guests in our home. We also discovered there were a couple of areas we hadn’t sufficiently discussed, like finances. We had never talked in much detail about how we were going to handle the nitty-gritty, everyday money matters of our new life together: Who was going to pay the bills? How would we handle bank accounts? What about budgeting? What about spending habits? And what were our attitudes and assumptions about money more generally?

In the course of our six counseling sessions with him, the therapist helped bring different areas to light for us to discuss in greater depth and in a way we hadn’t talked about before. He also passed along some helpful resources and provided us with a few tools we still use today, and may not have otherwise had going into our marriage.

Even with all of that, and even though we had known each other for almost six years before our marriage, we still discovered many new things about each other after we got married — both desirable and not so desirable. That’s the nature of marriage, right? They don’t call it a “vocation” for nothing. But looking back, 14 years later and going strong, we both agree that when it comes to preparing for marriage, hiring a counselor on our own dime was the best thing we did.