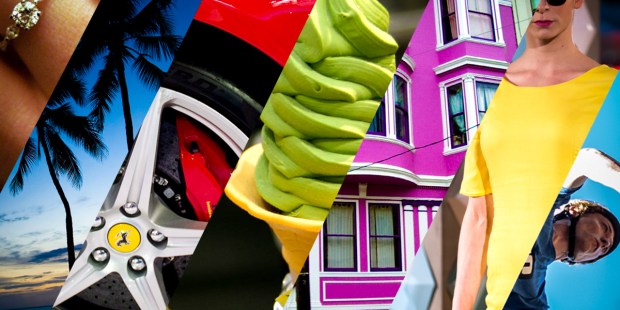 What do you want right now, at this very moment? It doesn’t have to be big, or even important. What’s the first thing that comes to mind? This isn’t an idle question. After all, “where your treasure is, there also will your heart be.”

The impending Christmas season is a time when consumerism runs a real risk of eclipsing the sacredness of the season. So how could it be healthy to spend any more time thinking about what you want?

The question doesn’t necessarily encourage greed, or foster ingratitude about what you do have. Articulating what you desire will actually just reveal what you value. More importantly, it will show you what you might be missing in your life, and what you think might be able to fill the hole. Most importantly, this knowledge has a sneaky way of making you more naturally merciful, but I’ll get into that part later.

I’m asking the question, so I suppose I should go first. Today what I wanted was new dinner plates in brighter colors. When I gave it a little thought, I realized that what I actually wanted was to feel a little bit more like a competent homemaker. And of course, underlying even that, all I really wanted was a bit more self-confidence. It wasn’t about the plates at all.

I think many of our more specific desires follow such a pattern. We really want something deeper, and have convinced ourselves that we need such-and-such in order to get it. The trick is to see the underlying idea behind the specific desire. If your answer was “a million dollars,” that doesn’t have to mean you’re greedy; it might just mean you are longing for security in your life, and peace, and think that amount would probably do the trick. Security could be the true wish. It might not be about the money at all.

The real question to ask yourself, once you’ve identified the underlying desire is, of course, “Will the thing I desire actually get me the result I’m aiming for?” That’s the kicker, because for us fallen people, the answer is usually, “Nope, try again.” My growth in self-confidence isn’t going to come from new dinner plates; it’s going to come from a deeper knowledge of God’s love for me. Security doesn’t come from more money, it comes from abandonment to the will of God. You might not like what you discover, but at least you’ll know where to begin solving the problem, without wasting time on “what fails to satisfy.”

So how can knowledge of the root of our desires foster a habit of mercy toward others? Graham Greene wrote that “hatred [is] just a failure of the imagination.” That’s because when you hate somebody, you are seeing them as fundamentally different, inferior to yourself. But armed with an understanding of our own desires, a little imagination makes it easy to remember our similarities

Maybe you want money, and your neighbor wants power. Isn’t it possible that you both really just want the same thing—security? Maybe I want new chinaware, and you want a nose-job, or a Ferrari, or both. Well, I have no business being derisive toward you, or dismissing you as shallow, when what we actually both want is just confidence. Neither of us is going to have much success achieving that goal the way we’re going, but voila—there’s our common ground. We’re not as different as I thought we were. If I hate you, I’ll have to hate myself too, and at that point I’d prefer to just ask God for mercy on us both.

We may share nothing at all with the other except the likeness of God. But one of the manifestations of God’s image in us is found in our desires. We desire the good because our Source is good. God’s image draws us to Him, and that desire for Him, if you look for it, can be seen lying, tiny and broken, behind even the most disordered expression of that desire. If knowledge of the shared source of our desires isn’t a bridge to the other, I don’t know what is.