The strategies of Satan, Part 3: The “Cain” tactic 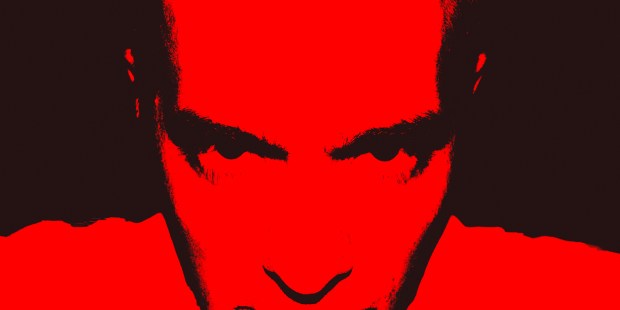 Third in a series on spiritual warfare: The satanic attack that poisons our heart and worship

“If you don’t want to go to Mass, why would you want to go to Heaven?” That’s not a flippant question—it points to the deepest root of spiritual warfare.

In Part 1 and Part 2 of this series, we saw Satan using our weaknesses and wounds to lead us to deep habits of sin. Let’s consider the “Cain tactic,” by which Satan steals our highest calling and joy, which is to worship God worthily.

In Genesis 4, Cain and Abel offered sacrifice to God. Abel’s was accepted, and Cain’s was not. Cain refused to receive God’s correction, and in his anger murdered his brother, Abel.

What’s the moral of this story? Refusing divine correction, rejecting the call to offer the worthy worship that is God’s due, our hearts are poisoned. Perhaps we’re not inclined to fratricide like Cain; in our times, the Cain tactic works more subtly.

At the root of Cain’s sin is the stubborn “MY will be done!” as he offers sacrifice. He refuses to learn the duty and joy of worthy worship. Are we sure that we’re so unlike Cain?

When I was a new priest, someone who should’ve known better told me, “You’re new, so you don’t know yet that over time you add your own personal additions and subtractions to the Mass, to make it more your own.” Because I was a new priest, I recalled easily that before ordination I was required to take an oath not to “personalize” the Mass at all. I swore to offer the identifiable public prayer of the Church according to the mind of the Church Christ founded. If I “personalized” the Mass, it wouldn’t be the Mass—it would be my private prayer made public, masquerading as the Mass. That’s not what God deserves and not what his people need.

We speak of the Eucharist as the “source and summit of Christian life,” but when we succumb to the Cain strategy, our young people won’t believe us, because we don’t believe it ourselves. If we believed without reservation that the Eucharist is the source and summit of Christian life, we wouldn’t compromise the rites, and we wouldn’t settle for half-hearted, empty-headed worship. We would worship, knowing that the fate of the world and the state of our souls depend on it. Saint Bernard of Clairvaux taught: “You will gain more from one single Mass than you would from distributing all your goods to the poor or making pilgrimages to all the most holy shrines in Christendom.” What would our Sunday mornings look like if we really believed that? What about the rest of our lives look like?

Saint John Vianney, clothed in tatters, sleeping on the floor, subsisting on potatoes, when it came to objects to be used for Mass, could not find anything beautiful enough. How different from the spirit of Cain!

Advent has begun—a season marked by the lighting of candles, symbolizing our need for light to come into our darkness. Has the Cain strategy darkened our hearts? Has it robbed us of the joy of worship? Has it numbed us to the summons to join with Christ in his Holy Sacrifice? Has it caused us to insist on our own will over Christ’s command?

Sheen shows us the way: “Picture then the High Priest Christ leaving the sacristy of heaven for the altar of Calvary. He has already put on the vestment of our human nature, the maniple of our suffering, the stole of priesthood, the chasuble of the Cross. Calvary is his cathedral; the rock of Calvary is the altar stone; the sun turning to red is the sanctuary lamp; Mary and John are the living side altars; the Host is His Body; the wine is His Blood. He is upright as Priest, yet He is prostrate as Victim. His Mass is about to begin.”

If we had that vision inscribed in our soul before, during and after every Mass, the satanic strategy of Cain would have no power over us. We would prefer nothing to the greater glory of God offered to us in Mass, and secured for us in Heaven. May this Advent see the time of our enlightenment, when we renounce the spirit of Cain, and offer God the worship he deserves.

When I write next, I will speak of God’s holy weapons for spiritual warfare. Until then, let’s keep each other in prayer.