“Christ is waiting for you”: Pilot aboard plane carrying Brazilian soccer team leaves message before crash 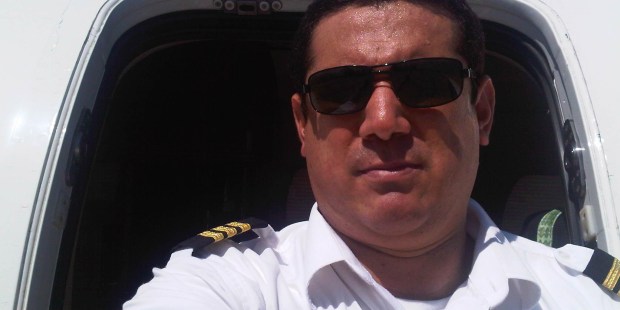 A Paraguayan pilot, Gus Encina, was traveling on the flight carrying the Brazilian soccer team of Chapecoense in Medellín (Colombia) that ended in tragedy earlier this week.

As a crew member, Gus died in the tragedy. A message he posted on social media shortly before the crash has sparked even greater sadness, the Paraguayan daily Hoy reported. It also comes as an invitation to reflect. He wrote:

“Where do you look for your life? Forward or behind? May the Lord grant you the grace to leave things behind, even those which you consider precious in this life, and may he allow you to look ahead, where Christ is waiting for you, for a glorious meeting that will open the gates of eternity.”

Gus’s Facebook page reveals a man who loved flying, his family, and his faith.

Gus’s mother told another Paraguayan media outlet that, before the flight, her son had promised to bring along the images of the Child Jesus as a special remembrance of the baptism of his youngest child.

Gus had three children: a 20-year-old son, a daughter aged 17, and a two-year-old little girl.

Photo of the Day: A study in sadness

Translation from the Italian by Diane Montagna of Aleteia’s English edition.