Could testosterone be the key to curing prostate cancer? 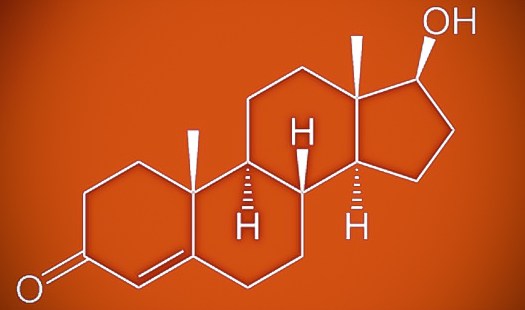 But some promising results of a new study at out of the Johns Hopkins University School of Medicine were just made public: A man with advanced prostate cancer is believed to be cured after his tumor was  “shocked to death” with large amounts of testosterone. And other gravely ill men in the same study have shown remarkable improvement. These results were completely unexpected by experts, as leading prostate cancer therapies to date were based on depriving tumors of testosterone since cancer can use it as a fuel.

“We are still in the early stages of figuring out how this works and how to incorporate it into the treatment paradigm for prostate cancer. Many of the men have stable disease that has not progressed for more than 12 months. I think we may have cured one man whose PSA dropped to zero after three months and has remained so now for 22 cycles. His disease has all disappeared,” says Professor Sam Denmeade who led the study.

The Telegraph reports that all the patients in the study had cancer that was spreading and resistant to two common hormone therapy drugs.

According to the article, for decades now, advanced prostate cancer patients were treated by cutting off the supply of testosterone — or blocking its effects. But lab experiments had nevertheless shown that tumors responded to being blasted with high levels of the hormone. The treatment doctors used in the new trial involved “three cycles of bipolar androgen therapy (BAT) which involves alternately flooding and starving the body of the male hormone testosterone.” The men were injected with high doses of  testosterone once every 28 days, while at the same time they were given a drug that stopped the testicles from naturally producing testosterone.

The treatment worked, but it’s still not clear exactly how. Researchers want to see further studies to better understand  how it works, but all agree that it’s very promising.