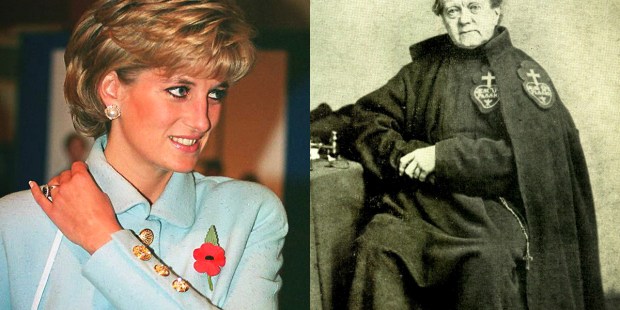 The cricket-loving convert to Catholicism devoted his work to the poor, particularly Irish immigrants

A cricket enthusiast who is on the family tree of both Princess Diana and Winston Churchill has moved one step closer to sainthood.

The Congregation for Saints’ Causes has approved the designation of “Servant of God*” for Fr. Ignatius Spencer, who was born in 1799 in England.

Fr. Spencer was an Anglican clergyman who converted to Catholicism at the age of 31, scandalizing his Victorian society. In 1847 he joined the Passionists and worked with the destitute Irish in the English midlands. He devoted much of his life to the effort of bringing England back to Catholicism. He traveled to Ireland four times, beginning in 1842, believing that the solution to the separation and antagonism between the two countries could be solved by the Irish praying for England’s conversion. He appealed for the praying of a Hail Mary a day for this intention: “By united prayer to obtain from God the conversion of all the unfortunate people who, under the name of Christian, are separated from the fold of the one Shepherd, not confining ourselves only to Protestants… any more than confining the prayers to England, but including the Greeks and the Russians and the ancient sects of Asia.”

According to Fr. John Kearns, the British Passionist Provincial, Fr. Spencer was also known for his love of the game of cricket, calling it “my mania.”

He devoted his work to the poor, particularly Irish immigrants. He once said that he wished he could die like Jesus — “in a ditch, unseen and unknown.” The words would be prophetic, because Fr. Spencer died alone after having a seizure on a country lane near Edinburgh, Scotland. His body is entombed in the Church of St. Anne and Blessed Dominic in St. Helens, Merseyside.

Bishop Mark Davies of Shrewsbury told the Catholic Herald that Fr. Spencer’s life is a “heroic and often neglected” chapter of Catholicism in England. “In facing the challenge of secularism, Fr Ignatius and his fellow Passionists – Blessed Dominic Barberi and Mother Elizabeth Prout – remind us of the missionary energy and purpose which marked ‘the second spring’ of the Catholic Church in England.”

Fr. Spencer is the great-great-great uncle of Princess Diana, as well as the great-uncle of Winston Churchill.

[*Article incorrectly stated that Spencer has been declared “Venerable.” We apologize for the error. – Ed.]