“Are you Christian or Muslim?” was the question. The answer came like a thunderbolt: I am… 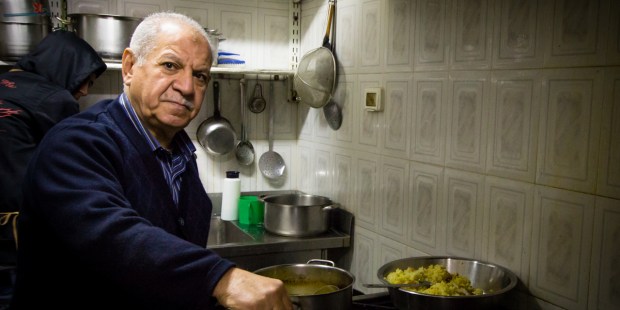 In a part of the world where the question is often consequential, this answer transcended it

Sometimes we don’t think things through — particularly things touching on peoples and religions — until we are really forced to by circumstances. We take pride in believing that we contribute to the building a rich sense of societal “co-existence,” and yet sometimes things happen that challenge that notion, an incident shakes the sleeping part in us and wakes us up, even if we had already believed we were “woke.”

Establishing whether someone is Christian or Muslim or from any other religion is, in some regions of the world, of first importance, and so when meeting a stranger we will first ask his name because often a name will clearly reflect one’s religion. Sometimes the name is just not enough, though, as the person asking may mistakenly assume a political, religious, or social connection that is not there.

Some names were, in the past, a way to save lives when killing was based on religious identity. When we fail to know the religion of others through the name, we use all other possible ways to find out; we tend to build our communication with others on the basis of religious identity, not human belonging.

And this is at the core of our problems — we are still asking the same old question: “Are you Christian or Muslim, or…”

More to read: Leaving Lesbos: I have walked a mile in the sandals of a refugee

Recently, I witnessed an incident that made me think about all this, and about the dangers of belonging, especially when that belonging loses sight of the humanity of others — the beings that God created in his own image.

There is a restaurant I visited frequently, and I knew that the owner would give leftovers to some of the poor he knows. This time, a man came asking for help, while I was there. The restaurant owner didn’t know the beggar — he didn’t look so much like a beggar, but like a man betrayed by life and suffering. That was clear from the way he asked for a sandwich.

I was shocked when I heard the owner of the restaurant asking the beggar: “Are you Muslim or Christian?” The beggar bent his head and remained silent for a while before saying boldly: “I am hungry”

The Islam in him was not hungry.

The Christianity in him was not hungry.

More to read: “We help people because we’re Catholic, not because they’re Catholic

A thunderbolt, yes. A living reminder not to judge people according to their appearance, their color, their creed, or even their names, but to truly hear Jesus: “Truly I tell you, whatever you did for one of the least of these brothers and sisters of mine, you did for me.”

Each and everyone of us is proud of his religion and Lord, but let our faith be a way to help our brothers with love.

And let us repeat with Mother Teresa: “When we die and it comes time for God to judge us, he will not ask, How many good things have you done in your life? Rather he will ask, How much love did you put into what you did?”