St. Therese of Lisieux and fighting the Christmas Blues 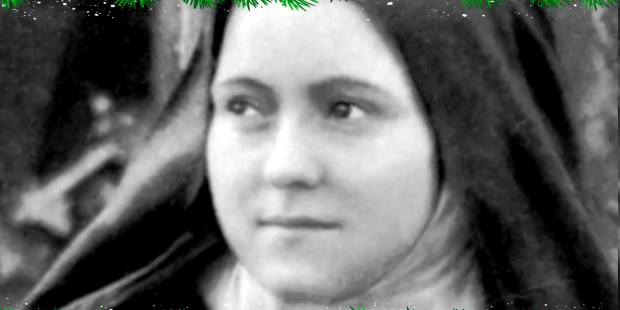 How did the Little Flower handle the disappointments of the season? With tears and a total conversion of heart.

For many people, the season of good cheer is a deeply trying affair. I don’t mean unhappy souls who have good reason to be sad—the loss of loved ones, poor health, loneliness—but those who feel let down when Christmas doesn’t deliver all the personal gratification they were looking for. The funk they then experience is what I call the Christmas Blues.

Thinking of that recently, I recalled an incident related by St. Therese of Lisieux in her marvelous autobiography The Story of a Soul. It happened early on Christmas morning 1886, when Therese was 12 going on 13.

Her family had a Christmas Eve custom. They would set out the children’s shoes in front of the fireplace, and when they got home from Midnight Mass the shoes were magically filled with gifts. This particular Christmas, though, Therese’s father was irritated about something or other, and she overheard him saying of the wonderful shoes, “Thank goodness it’s the last time we shall have this kind of thing!”

Therese was a good, pious child, but by her own account an overly sensitive one, often bursting into tears and, when told to stop, crying all the harder just because she was crying. Now her father’s words cut her to the quick. When she went upstairs to take off her hat, her older sister Celine, sizing up the situation, told her, “Don’t go downstairs again. Taking the presents out of your shoes will upset you too much.”

But not now. She writes: “Therese was not the same girl. Jesus had changed her. I suppressed my tears, ran downstairs, and picked up my shoes. I pulled out my presents with an air of great cheerfulness. Daddy laughed and Celine thought she was dreaming….Love filled my heart, I forgot myself and henceforth I was happy.”

What had happened? Therese says simply that she had received “the grace of emerging from childhood.”

Most of us aren’t saints of the stature of Therese of Lisieux, but some have had experiences not entirely unlike hers. A man I know writes:

“As a kid I thought of Christmas as a time for getting stuff. My parents, without intending it, taught me that. Both grew up in families that were anything but affluent, and the gift giving at Christmas was notably sparse. Now, in overcompensation, they lavished gifts on my sister and me.

“That way of doing Christmas stuck with me for years. Since Christmas for me meant mainly the gross accumulating of stuff, it never made me truly happy. Then one Christmas I learned better.

“By now I was a parent myself. One of my daughters had been sick for several days, and as Christmas wore on, she got worse and worse. Finally alarm set in. I bundled her into the car and drove to the nearest emergency room.

“We had a long wait, but a doctor finally took a look and discovered that she had an infected tooth which the dentist had somehow missed when she saw him a week before. So they pumped her full of antibiotics and pain killers and sent her home, and soon she was resting comfortably and feeling better.

“That was pretty much my Christmas that year. Instead of trying to make myself feel good by concentrating on the exchange of stuff, I spent the day trying to help somebody else. And know what? I felt good. It was a lesson I haven’t forgotten.”

As St. Therese might have said, forgetting himself cured his Christmas Blues.