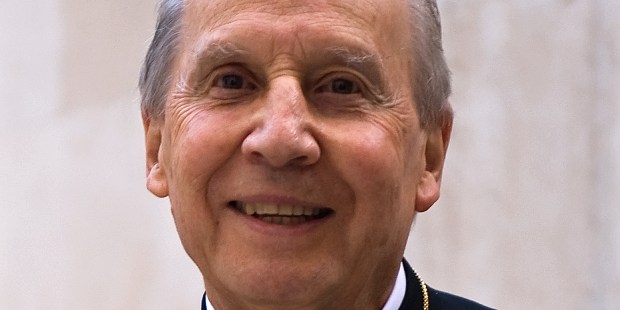 The second successor of St. Josemaría Escriva dies in Rome on the Feast of Our Lady of Guadalupe

ROME — His Excellency Javier Echevarría, Prelate of Opus Dei and second successor of its founder, St. Josemaría Escriva, has died this evening at 9:20pm in Rome, on the Solemnity of Our Lady of Guadalupe.

The auxiliary vicar of the prelature, Bishop Fernando Ocáriz, was able to administer the last sacraments to Bishop Echevarría this afternoon before his death, Opus Dei has confirmed.

The Prelate of Opus Dei had been hospitalized on December 5 at the polyclinic Bio-Medical Campus in Rome due to a mild lung infection.

Bishop Echevarría was receiving an antibiotic to fight the infection. The clinical picture became complicated in the last hours causing respiratory insufficiency, which was the cause of death.

As anticipated by the law of the prelature, the ordinary government of the prelature now rests with the auxiliary and general vicar Monsignor Fernando Ocáriz. According to the statutes of the prelature, it is incumbent upon him to convene within a month an elective congress electing the new prelate. The congress must be held within 3 months. The election must be confirmed later by the Pope.

The prelate has died at 84 years of age. He was born in Madrid in 1932, and in that same city he met St Josemaría, whom he served as secretary from 1953 to 1975. He later became General Secretary of Opus Dei. In 1994 he was elected prelate. He received episcopal ordination from the hands of St. John Paul II on January 6, 1995 in the basilica of St Peter’s. He was also the Chancellor of the Pontifical University of Santa Croce in Rome.