In these dark times, we need to follow the light 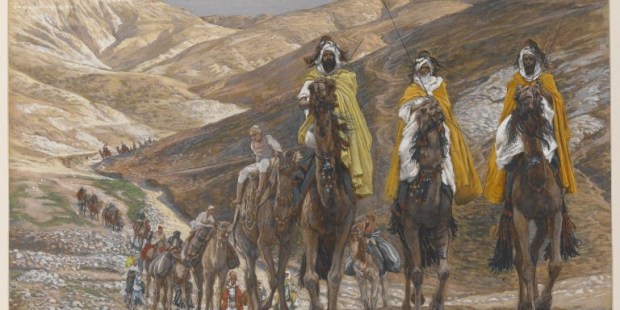 A sense of oppressive darkness has been smothering many of us these past months and even years. Can you feel it? Something seems to have gone wrong with the world. Something’s always going wrong, of course. After all, the world is our ship not our home, and all ships eventually are buffeted and tossed by stormy seas.

It’s hard to pin down just when and how and where things seemed to ride off the rails. Every time we find a point in history where things appear to have gone awry, we find another further back, and another, until we finally come to the apple and tree and realize that this is the way it has always been.

We only live and experience our own times, however, and these are times of trial for many. Depression and anxiety are on the rise, particularly among the young. Society is in a constant upheaval, and information technology brings that upheaval and its myriad arguments and tensions before our eyes a thousand times a day, like a cat dropping a dead bird at your feet. Every subject has to be picked over and analyzed and fought about, all while individuals push further away from each other and deeper into tribal affiliations where group identity and ideology fuse people into monolithic blocks.

It’s hardly novel to observe that politics has replaced religion in this post-Christian society, but it’s important to realize what that means. By denying transcendent Truth—not merely the superiority of one understanding of this Truth over another, but the very acknowledgement that such a thing as Truth even exists—we’ve lost a common language for communicating with people outside of our tribe.

It’s certainly discomfiting when those tensions roil the world, but when they tear apart the community of believers the pain run deep. When I first turned from covering technology to writing about religion a decade ago, the Catholic space on the internet was like an oasis where I could learn and discuss and grow in faith. Now it’s merely a mirror of society, riven by disagreements and dominated by noisy cliques who believe they must fight on all fronts for the very future of the Church. It’s all too easy for one comment to follow another in escalating hostility until someone is wounded, and I’m as guilty of doing that as any.

The Church doesn’t need that from us. Future generations won’t compile a Twitter Catechism from quips or collect posts into a Blogga Theologica. What we write about the faith won’t change the faith or the course of the Church one bit: it can only change ourselves and those reached by our words. The most we can do as laity is inspire one another, teach, and preach Christ in wisdom, humility, and charity.

We have many models to help us through these challenges, Jesus foremost among them. We’re called to have the humble faith, strength, and obedience of the Blessed Mother; the rectitude of Joseph; the missionary zeal of Paul; the impetuousness of Peter; the nearness to God of John.

In this season—and in this dark time—perhaps we need to emulate the Magi, patiently following that light in the darkness, so far away yet heralding something so near: the coming of God made flesh into the world. It must have seemed distant and remote at times, both in the infinite darkness of the night sky and over their long and difficult journey through a harsh landscape. But these men who could read the stars like a book saw there the sign in light of Light breaking into the world, and so they had no other choice but to make their journey to bring their gifts and bow at the feet of the King.

That’s who we have to be now. The light seems very distant to us in this Age of Anxiety. But, like the Magi, we are not alone on our journey. Tradition depicts them as wise men of different cultures, traveling together in harmony with a shared sense of purpose. Their eyes were fixed a single point, but that point was not the goal. However marvelous the light in the sky, it was a merely a sign of the Light in the world: the Light that shines in the darkness, which has not, cannot, will not overcome it. All that darkness around us cannot extinguish that Light, and though we lose each other in our own dark nights, we can find always find our way back to the center of all things, where we’ll see the face of Christ. Along the way, we’ll come across other travelers, and despite our shared sins and disagreements, we’ll journey together in peace.