Charles Krauthammer: Someday we’ll all thank the Church for holding its own on abortion 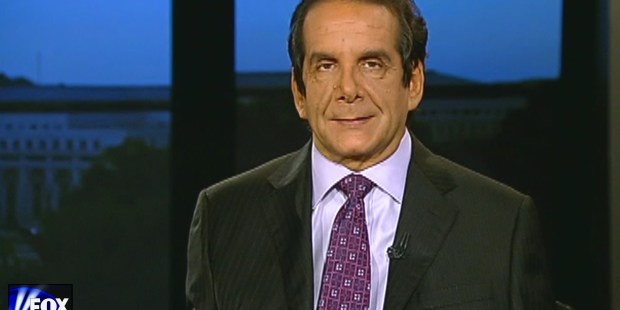 Fox News political commentator Charles Krauthammer made some surprising comments recently about Pope Francis’ decision to extend indefinitely to all priests the ability to forgive the sin of abortion.

“I think he’s done something wonderful,” said Krauthammer. “All that the pope is doing is extending that delegation of power a little bit lower down as a way to make it easier. I think it really is an act of mercy, and it shows the lack of vindictiveness of the Church imposing its will.”

The pronouncement from the pope in his recent apostolic letter continues a special dispensation granted last year to priests for the entire Year of Mercy, which finished right before Advent, the beginning of the new liturgical year. Now all priests, rather than just bishops and specially-designated confessors, have the authority to absolve the sin of abortion.

Pope Francis re-affirmed the “grave sin” of abortion in his letter while also stating that “there is no sin that God’s mercy cannot reach and wipe away when it finds a repentant heart seeking to be reconciled with the Father.”

Responding to this, Krauthammer, reportedly a non-practicing Jew, said, “[The Church is] absolutely rock-rib committed to the idea that this is a terrible thing to do, and it should not be done.”

Perhaps, however, the news commentator’s most surprising comments came in the form of a prediction:

“And I think years from now, and decades, people are going to look back on the issue and commend the Catholic Church for having held its own, very unpopularly, when there was this sweep and wave of legalizing abortion and to make it like an appendectomy; where the Church was the one institution that would not waver, despite the ridicule and the mockery and the attacks it suffered.” And he continued: “I think our country will come to some accommodation ultimately, and we’ll thank the Church for holding up that end, and preventing sort of a radical legalization and radical widespread use of abortion.”

Read more: Does the Pope’s Invitation to Mercy Extend to the Men?