How Aleteia almost made me famous 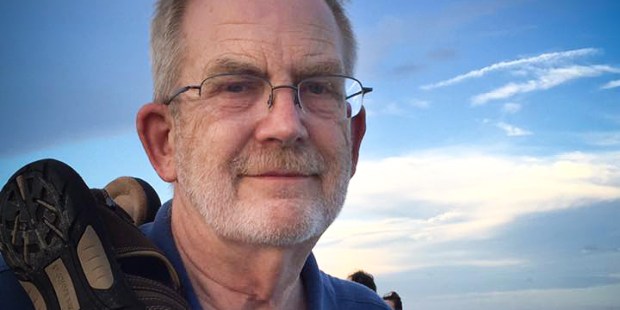 Becoming Catholic stimulates enough interest that a British broadcasting group needs to summon a panel to talk about it?

A very famous British broadcasting company program scheduler for the religion and ethics program contacted me by email some several weeks ago. She wanted to know if I would be available for a half-hour interview during an hour-and-half radio program, sometime in the next ten days or so from then.

As she explained, I would be asked about why I became a Roman Catholic. It was something she read at Aleteia English.

Aleteia had gone uptown to a London readership and was taking me along for the ride. Whee. And since the email made it through my spam and fake news filters, I replied; of course I did.

The deal was that a news panel of professional religion-and-ethics type personages would take the first half-hour to discuss why someone, anyone, actually might want to become Roman Catholic.

That should have been an alarm right there ― becoming Catholic stimulates enough interest that the a prestigious British broadcasting group needs to summon a panel to talk about it?

This is what I reasoned out later, and I may be mischaracterizing things. It’s possible. Maybe the famous British broadcasting outlet decided I’d be a dumb interviewee; maybe they could sense me drooling through the emails. But at the time, well, it was the a famous British broadcasting company, people! I was all like, well, duh, for sure, interview me; I’m so up for this.

The scheduler arranged for an assistant producer to pay me a telephone call later, once we figured out GMT, London, and Central Standard Time Zone issues. The assistant would take me through a preliminary interview. And things went south.

She had some scattered questions but, foremost, what did I mean about “ecclesial density” when I was writing the Aleteia article? I explained it a little. “Oh,” she replied in that cultivated English way where Americans think everything sounds smarter if said in an English accent, “you were looking for ‘authority’.”

What? Wait. No. Good grief, is that what I said? I don’t remember saying anything like that.

I told her, no, I wasn’t looking for “authority” at all, certainly not in the sense of telling me what and what not to do, or think. I’m not much in favor of authoritarianism of any kind. What I hear in “authority” is the preacher declaring, “The Bible says it; I believe it; that settles it.”

Never should “saying it” stop conversation or end theological study, or close off further, deeper speculation about whatever “it” is and what “it” ultimately means for faith. Even infallible papal decrees, as far as they go, exist only to establish boundaries for legitimate discussion and, equally, they set off new rounds of inquiry. If “authority” implies diminished theological conversation, nope, that is not what I sought in becoming a Roman Catholic. Moreover, it is not what I have found.

What I was seeking in “ecclesial density” was authenticity, a Church that to the fullest human extent possible embodies a truth that is True.

That “density” is characterized, as I once wrote in another place:

“by an intensity of common teaching, worship vibrancy, the confidence of a tradition extending to the very beginnings of the Church, and the welcomed contention of many voices around and within all of it as each yet seeks better to understand the core, foundational truths that God is triune and Christ is fully God and fully human.”

I’m still poking my way into Catholicism (who isn’t after all; there’s always something yet undiscovered among the treasures the Church carries).

Meanwhile, though, gosh, I was almost on a very famous British broadcasting network!