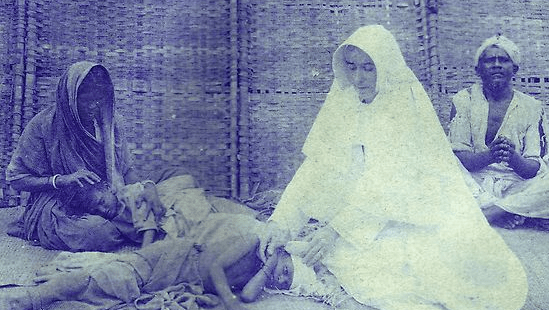 Sister Mary Glowrey, who worked with India’s poorest, may become the second saint born in the “Land Down Under.”

For the past six years Saint Mary MacKillop has been the only Australian-born saint recognized in the Catholic Church. That is about to change as the cause for canonization of Sister Mary Glowrey continues to progress in the diocesan phase of the process.

Read More: Mary MacKillop, the Mercy Saint of the Outback

According to the Herald Sun, earlier this month Glowrey’s body was exhumed from her grave in Bangalore, India and transferred to Guntur, the place where she “carried out most of her work with India’s poorest before her death.” This recent event is seen as a “critical path to canonization” and is a necessary before the diocesan phase can conclude.

Born in 1887 in Birregurra, Australia, a city southwest of Melbourne, Glowrey was a gifted student at an early age and won a scholarship to South Melbourne College. She then studied at the University of Melbourne, beginning a Bachelor of Arts degree but then switching to a career in medicine with the encouragement of her father.

This was highly unusual at the time for a woman, but she persisted in her studies and graduated in 19010 from the University of Melbourne with a Bachelor of Medicine and Bachelor of Surgery.

Glowrey began her residency in New Zealand, becoming the first woman to be appointed to a hospital in the country. She then returned to Australia, working first in Sydney and then back in Melbourne. Glowrey opened up her own private practice there while also holding positions at the Victorian Eye and Ear Hospital and St. Vincent’s Hospital.

She was well known for her work with women and children and even established a “baby health clinic in Camberwell to make information about the health care of infants freely available and, during some of the big strikes of the period, helped to establish soup kitchen for the strikers and their families as well as providing for their medical needs.”

Reluctantly, Glowrey also was appointed the founding president of the Catholic Women’s League of Victoria and Wagga Wagga, an organization that sought to change society through prayer and action.

If that weren’t enough, Glowrey continued her studies in the medical field with an emphasis on obstetrics, gynecology and ophthalmology and graduated as a Doctor of Medicine in 1919.

The next stage of her life began when she read a pamphlet that detailed the “appalling death rate amongst babies” in India and she discerned that God was calling her to join the Congregation of the Society of Jesus, Mary and Joseph and became the first woman missionary doctor in India.

For the rest of her life Glowrey spent every ounce of her energy helping the poorest of the poor in India, giving them the appropriate medical attention they needed, paying special care to the women and children of the country.

Seeing the need to promote Christian medicine in the country, Glowrey went on to found the “Catholic Hospital Association of India (CHAI) and several years later established a Catholic Medical College in India to train health professionals both in medical care as well as in Catholic teachings and the understanding of the inviolability of human life.”

Archbishop of Melbourne Denis Hart said of the cause, “Mary Glowrey was a gifted doctor, religious and missionary. Her tireless work for humanity and her deep religious faith make her an ideal person whose cause for holiness should be investigated.”

She is already being compared to Saint Teresa of Calcutta, who similarly felt compelled to give aid and assistance to the poorest of the poor of India. Or as one commentator put it, “Mary Glowrey combines the determination and shining person-to-person charity of Mother Teresa with the organizational genius of great Australian medical innovators.”

Glowrey currently has been given the title “Servant of God,” and after all the biographical information has been gathered and her life thoroughly investigated, the diocesan phase will be complete and everything will be sent to Rome for verification.