For this Miss World contestant, the tiara is not the end goal 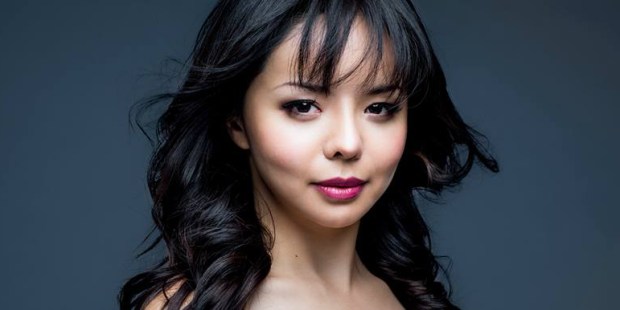 This weekend, in Washington, DC, beauty queens from around the world are vying for the title of Miss World, and among them is 26-year-old Chinese-Canadian Anastasia Lin, who made headline news over the past week for reportedly being barred by pageant officials from criticizing the Chinese government for human rights abuses.

As the reigning Miss Canada, Lin has used her platform to speak about human rights in China, the country of her birth, particularly forced human organ harvesting. According to an article in the UK’s Telegraph, Lin has claimed that  “Chinese authorities forcibly harvest and sell organs from live prisoners of conscience on a mass scale, with the victims most likely to belong to Falun Gong, a spiritual movement rooted in Buddhist teachings, which she also follows.”

Last year, the Chinese government barred Lin from entering the country to compete in the Miss World pageant, which has been held six times since 2003 in southern China. Chinese businesses have become main sponsors of the event.

After she was blocked from entering China to compete in 2015 , Lin said the reason was her Falun Gong beliefs and though unfortunate, it “was not entirely unexpected.”

This week, Miss World pageant officials in Washington, DC, ware believed to have prevented her from attending the premier of a movie she starred in called The Bleeding Edge, which sharply criticizes Chinese human rights practices.

Lin has also had trouble speaking with the press while participating in the pageant.

According to the Toronto Star, Jeff Jacoby, a Boston Globe columnist, wrote two weeks ago that pageant officials interrupted his attempt to speak with Lin at the pageant.

“Two of them hustled Lin from the lobby, angrily accusing her of breaching the rules and causing trouble,” Jacoby wrote. “The third blocked me from talking to Lin, and assured me that my interview would be scheduled the next day. It wasn’t, of course.”

Lin doesn’t blame pageant organizers for being leery of letting her openly criticize China, as even Western governments are reticent to do that. “Governments are not really speaking out, even for their Chinese citizens outside of China,” she said. “Last year when I was banned, the Canadian government did not really take a stand.”

Hailing from Scarborough, Ontario, Lin — now an actress and classically-trained pianist — moved to Canada with her mother when she was 13. Her father has remained in China and has reportedly suffered professionally and financially for his daughter’s views.

No matter how she places in the Miss World pageant, Lin, whose pageant motto is “beauty with a purpose,” is determined to continue to raise her voice for those who are persecuted for their beliefs in China.

“Hundreds of thousands of peaceful and law-abiding Chinese citizens who have been imprisoned and tortured, and many have died or disappeared in custody after they refused to renounce their beliefs and swear allegiance to the Communist Party,” she said.

In a 2015 statement she made, Lin praised those who have stayed true to their convictions despite government pressure.

“They refuse to be silenced or submit to fear and coercion. They have the courage to live in accordance with their conscience, no matter the price,” she said. “Their courage is a constant source of inspiration to me.”