O Antiphon of the Day: Reflections on “O Adonai” 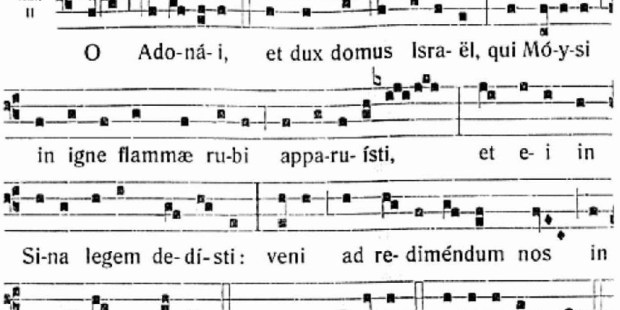 Listen and pray along with the ancient sacred text

The following is part of an 8-day series, bringing to life the texts of the O Antiphons with the music of JJ Wright and a few words from Wright about the composition of the piece in relation to the the meaning of the sacred text:

Read more about the O Antiphons and JJ Wright’s interpretation of them in the album O Emmanuel.

The second movement of O Emmanuel, ‘Adonai’, begins with the original Gregorian chant melody, but immediately changes direction toward a repeating pattern in the viola and piano. From here, the music slowly ascends in pitch and intensity before reaching a climactic moment followed by a quick descent. I wanted the music to evoke Moses’s journey up and down the mountain when he encountered the burning bush. When we know we are going to meet God, we often drag our feet so as to avoid the confrontation within ourselves, only to realize that once we arrive, God welcomes us and fills us with inspiration.

O sacred Lord of ancient Israel,
who showed yourself to Moses in the burning bush,
who gave him the holy law on Sinai mountain:
come, stretch out your mighty hand to set us free.

To learn more about the music and purchase the album visit OEmmanuel.com.
JJ Wright for Cecilia Music