“Silence”: Has Scorsese finally found what he was looking for? 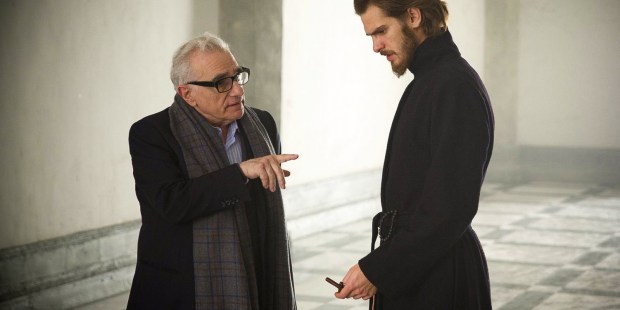 Haunted for 30 years by a story of 17th century Jesuits in Japan, the famed director says, “I knew it was going to force me face the ultimate question…”

An older woman put the question to me at a Manhattan movie theater, and I answered that we were told to wait in this line if we had tickets for Silence – though no one seemed to know why. When she asked what the film was about, I answered that it was Martin Scorsese’s new film about Jesuit missionaries in 17th century Japan.

“Oh, that’s right,” she said, walking away with something between a knowing wink and an eye roll. “If you believe all that…”

Her response, I think, was more significant than she knew. “If you believe all that…” Examining what it means to believe is at the heart of the 1966 novel by Shusaku Endo, a story that has haunted Scorsese for almost 30 years.

A few minutes later, I learned what the long line was all about. There was a metal detector at the entrance of the theater, and Scorsese himself would be there in person to do a Q&A after the credits rolled.

Until then, the film would do all the talking. From its opening scene, Silence manifests what Endo articulated: an atmosphere of unknowing, distress, and unsettling quiet. The deafening chirp of cicadas leads us somewhere in the Japanese wilderness, where priests are slowly and silently tortured with scalding water by authorities intent on eradicating Christianity from their country. Father Ferreira (Liam Neeson), a captive Portuguese priest, watches with horror, unable to do a single thing to help them.

Two priests, Father Rodrigues (Andrew Garfield) and Father Garrpe (Adam Driver), are learning about all of this through a letter from Ferreira. What’s more, they’re told that their teacher and mentor has since groveled before the Japanese authorities, denounced God, and given up the Catholic faith. Neither man can believe it; it’s impossible that the Ferreira they knew would apostatize.

With the help of a weak, tormented man named Kichijiro, the priests set sail to Japan to investigate, landing in the small peasant village of Tomogi. The Christians there practice their faith in secrecy out of fear of the authorities and neighboring villages, and the priests go into hiding in a mountain hut to administer the sacraments to them.

What follows is an arresting journey into the heart of belief, one both literally and figuratively dense with fog. Scorsese adheres closely to Endo’s characters, plot, and dialogue, deviating only occasionally and only with supreme care. The acting is also superb across the board, but no one steals the show; every performance is there in service of Endo’s story.

We watch as the priests’ mission slowly unravels, and the grinning, high-pitched Inoue (Issei Ogata) leads an offensive against them. In one heartbreaking and unforgettable scene, three of the converts accept torture and death for their faith; Kichijiro, for his part, is content to apostatize, hide, and repeat. Faith is one thing in a time of peace, Kichijiro says. But when you will be tortured and killed if you don’t trample over a fumie, an image of God – what then?

In these early scenes, Silence shines a timely light on the reality of religious persecution. But the persecution of the Christians becomes a springboard into deeper spiritual problems. Rodrigues is more and more plagued by doubts: Why does God seem to silently watch these horrors? Why are these humble converts, who have already suffered so much in life, put through these tests? Is it possible that God doesn’t exist, and life is just an absurd parade of illusions and violence?

The priest stays his course amid all of the brutality, even as doubts continue to be planted in his mind about the converts’ faith – and his own. But an ultimate test comes for him, one that pits his love of God against his love for his Christian brothers and sisters in a single decisive moment.

“If you believe all that…”

Scorsese’s adaptation is a masterpiece with all the markings of decades of close attention. But the way Scorsese executes this scene is especially powerful, like he had been turning it over in his mind again and again. When the film was over, though, the director admitted that this climactic moment might not make much sense to a secular age. “Eight years ago,” Scorsese recalled, “I was at a dinner party and was telling somebody about it, about this picture, this idea of this film, the fact that he would have to step on the fumie to save the other people’s lives. And the woman looked at me and laughed. She goes, ‘Nobody cares. Nobody cares.’ I said, ‘I know, but I care.’ I mean, I do. And if I do, maybe there’s a few of you who do.”

But to walk by faith, or at least to empathize with Rodrigues’ total sense of commitment, is to experience a magnificent portrait of the human heart in conflict with itself. As Graham Greene put it: “The narrow boundary between loyalty and disloyalty, between fidelity and infidelity, the mind’s contradictions, the paradox one carries within oneself. This is what men are made of.” Shusaku Endo has been called the Japanese Graham Greene, because this is also what Silence is made of. Rodrigues arrives at a place where Kichijiro’s compromises collide with Garrpe’s constancy, a place filled with both faith and doubt, both great love and great suffering.

Over the years, Scorsese has used words like crisis, paradox, and mystery to describe Rodrigues’ journey. But when asked why he kept returning back to this story after almost 30 years, the word he came to was “search.”

“I knew that it was going to force me to try and face the ultimate question…the teachings of Christ or Christianity itself…that’s what I learned. And I still find myself going back to that. And I found that the ultimate test, and the ultimate search, really, is in this story.”

What does Rodrigues find? In a way, the film’s epilogue only deepens the priest’s conflict, showing us both his shame and hope in the wake of his decision. But in a single image in the final scene, we’re left with the suggestion, however faint, that Silence is not a story about a battle between the mundane world, a world of suffering and doubt, and divine ideals, but a story – like Christianity itself – of the two mysteriously becoming one in one man.