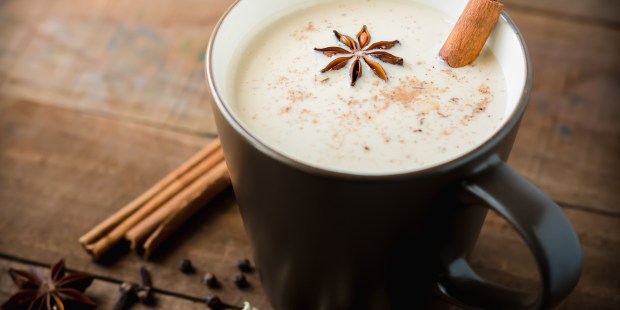 Kidsada Manchinda/Shutterstock
This is a caption.
Share
Print
Zoe Romanowsky - published on 01/01/17

These hot beverages will soothe body and spirit

Winter has finally arrived for a great many North Americans, and with it comes a need to wrap our hands around warm and comforting beverages.

Coffee can do the trick, but what if you’re looking for something different … something the whole family can enjoy? Or something with a little extra power to ward off illness, drink late at night or serve to a guest who doesn’t tolerate caffeine?

Here are nine alternatives to coffee and black tea, some of which you may have never heard of, but will soothe the body and spirit at this time of year …

Rooibos (pronounced roy-bos) comes from a South American shrub. Reddish-brown in color, the leaves are dried and used to make tisanes that are low in tannins and have no caffeine. Rooibos has a naturally sweet, woody flavor and is often prepared like black tea — with milk and sweetener added to taste. (Though you can also skip the milk and use a slice of lemon and honey.) In South Africa, rooibos is even served as espresso and made into cappuccinos and lattes. You can drink plain rooibos, or buy it mixed with various berries or ginger, for example.

Chai has become a popular beverage in many parts of the world. It’s an Indian spiced milk tea that contains black tea, milk, a sweetener  and a combination of spices such as cinnamon, ginger, cloves, pepper and cardamom. The spices used can vary, but chai is generally known to be a soothing drink, as well as a digestive aid. You can purchase chai tea bags in stores, or make it yourself a latte using a recipe online, such as this one, which is sweetened with maple syrup.

Want the coffee taste without the caffeine? There are numerous roasted grain and herb blends out there, and this one called Dandy Blend is a winner in my books. Made of water-soluble extracts of roasted roots of dandelion, chicory and beets, and the grains of barley and rye, it’s gluten-free and contains 50 trace minerals in each cup, according to its makers. The best way to drink it is with a little milk. (I actually stick mine in the blender with a teaspoon of butter and a teaspoon of unrefined coconut oil — inspired by the “Bulletproof coffee” recipe — and I end up with a frothy and delicious latte-like beverage.)

If you’re feeling a bit nauseous, want to help your digestion, or give yourself a little refresher during the day, try some simple ginger tea. Add a teaspoon of minced fresh ginger to a cup of boiling water, let it steep for 5 minutes, strain out the ginger bits (optional), and add a little honey to taste.

Here’s something soothing when you’re fighting a cold or feeling under the weather: Boil a cup of water, and add freshly squeezed lemon juice and raw honey to taste. (You can also add some fresh ginger to this as it’s known to be an antiviral and antibacterial.) Sip it slowly and feel better.

This isn’t actually made from coffee beans at all, but sweet orange flower water. To make the drink known in Lebanon as ahwah baida, white coffee or café blanc, you take a splash of orange blossom water (found in the international grocery aisle or online) and stir it into a cup of boiling water (use a light hand; it goes a long way). Some people like to add honey or sugar. This drink is often used as a digestif after dinner or with snacks midafternoon.

Here’s a very simple drink an Aleteia staff member says she got hooked on after a friend introduced her to it: Add a shot of milk or cream to a cup of hot water, and add a little sweetener. It’s like tea without the tea.

If you want to spice up your usual hot cocoa, make a Mexican version of it, which includes warming spices like cinnamon, nutmeg, cayenne or chili pepper. This product comes highly recommended by a colleague who married into a Mexican family, but you can also make your own — there are plenty of recipes online.

If you want to be health conscious this winter but still indulge in warm chocolately goodness, here’s one for you: hot cacao with coconut milk. Cacao is the purest form of consumable chocolate and much less processed than cocoa powder or chocolate bars. It’s believed to be one of the highest source of antioxidants and sources of magnesium. To make, whisk approximately 1 tablespoon of raw cacao powder into warm unsweetened coconut milk (from a can) on the stove, and then add a little honey. (You can also use another kind of milk.)

If you want something alcoholic to drive the chill away, don’t forget the always-reliable hot toddy, some hot spiced wine or this bourbon-spiked hot apple cider.

Who needs coffee when there are so many ways to stave off the chill?