Beloved stranger: On discovering that I really want the best for all of us 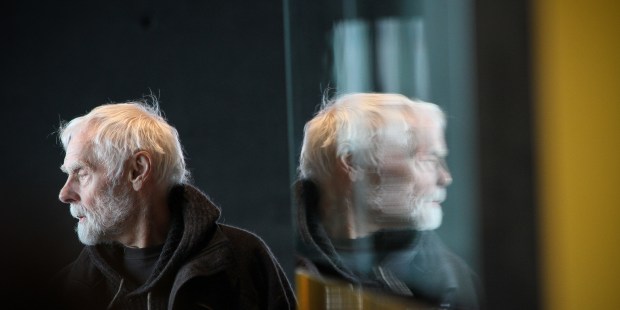 No matter how difficult circumstances can be, there is much love to go around.

There is an old man who lives near Hartke Pool, and I bike pass him in the early mornings and late afternoons to and from work. He walks hunched way over, periodically looking up to see the cars go by. Every time I see him, I am moved that he is out and walking around. It doesn’t look easy. Over the past year, I have said “hi” to him countless times, and on multiple occasions I have had the thought that I should stop and introduce myself, and get to know him. But I have always made excuses, like I am in a hurry to get to work or I am afraid of how he might react or it just seems like an odd thing to do.

But in the past couple of months, he has been missing. And it makes me worry that he might be ill, or no longer be walking among us. Although it might sound strange to say about someone I have never really known, I find that he has preoccupied my thoughts of late and that I care for him deeply. In some ways, it is as if we had shared those hours together, each on the move for a particular reason that remained unknown to the other.

This morning, my family and I went to Mass and as I looked over the congregation, I spotted my Aunt Joni sitting with her husband, Uncle Terry, and my grandparents, as they do on most Sundays. Five years ago, Aunt Joni was diagnosed with a form of dementia, which carries the risk of complete language loss and an untimely death. For much of her life, Aunt Joni has taken care of her family and many kids who were fortunate to be in her home daycare. But, as the illness has progressed, others have started taking care of her as she struggles with even the most basic daily activities, including communication. She is no longer able to carry on a conversation and most of her utterances are confined to a handful of words that make no sense. It makes me so sad; not just for her, but also for my uncle Terry who loves her dearly, and for all of her family that has watched her suffer.

Yet on this day, as I walked by the pew where she and Uncle Terry were kneeling, she looked up at me and smiled as if she had just seen an old friend. My heart leapt at seeing her joyous face and as I put my hand on Uncle Terry’s hand, for a brief moment I was only reminded of one thing: how much I love her and all the people I know, and just how important each and every person is to all of us.

On March 18, 1958, Thomas Merton was standing in the middle of a public square in downtown Louisville, when he suddenly had a vision of “oneness” with all people. He later recalled, “I was suddenly overwhelmed with the realization that I loved all those people, that they were mine and I theirs, that we could not be alien to one another even though we were total strangers. It is a glorious destiny to be a member of the human race … there is no way of telling people that they are all walking around shining like the sun.

This past Thanksgiving Day, I found myself at the starting line of the Turkey Run in downtown Evansville. Looking around, I once again was reminded of what Merton felt. Although I didn’t know most of the people standing around me, I couldn’t help but feel that they were shining like the sun, majestic in worth even while unique in person. I felt so lucky to be surrounded by people I loved.

I have no doubt been blessed with a disproportionate amount of loving experiences at every age and stage of my life, which provides a certain context for what I am saying. I realize that some of you have not been as fortunate and may regard my words with skepticism and disregard. I hope that the new year will unveil a greater light for you. No matter how difficult circumstances can be, there is much love to go around. I want the best for all of us.

By the way, if you happen to see my friend near Hartke Pool, please tell him I miss him and I hope he is doing well. And please pray for my Aunt Joni and those of us close to her. She needs all the love she can get.

[A version of this piece first ran in the Evansville Courier – Ed.]