Zero tolerance and the Church: Is mercy not for everyone? 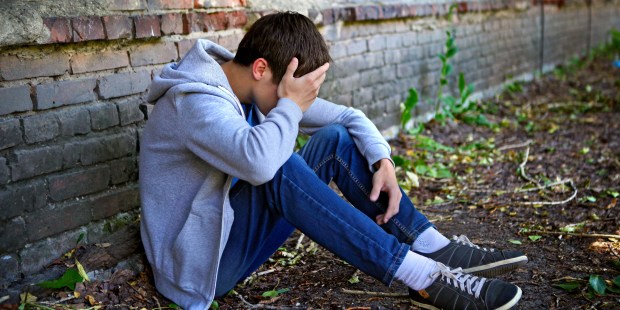 A policy meant to heal and protect brings its own damage

There is a double-edged sword so sharp it can cut the very heart out of certain individuals. That is because forged into the edge of this sword is what’s called zero tolerance. Zero tolerance does not yield mercy. It is unforgiving. It is the end of the line. If you want full mercy, you will have to deal with God after you die; there’s no getting it before.

It is a favorable time to heal wounds, a time to offer everyone the way of forgiveness and reconciliation. —Pope Francis, describing the Year of Mercy

I am an Extraordinary Minister of Holy Communion and have been bringing the Eucharist to the sick and homebound for more than 20 years. To do this ministry, I have to pass through the filtering process that begins with the “Safe Environment” Program and the Level II FBI background check that is now in place throughout the country. I went through the process six years ago and had to repeat it again last year. I am “good to go.”

But a personal experience regarding this program continues to unsettle me.

Let me start off by saying that those who are sexual predators and deviants must unequivocally be kept away from children and vulnerable adults, period and full-stop. There can be no debate about this, and it is up to each of us to be, as Cardinal Sean O’Malley wrote in his comments on the film Spotlight, “fully and completely committed to zero tolerance concerning the abuse of minors.”

But there are others — those whose situations have nothing to do with children, abuse or exploitation — who have been scarred by the sword of zero tolerance who perhaps should be given another chance to find the place where they can live and function.

About 15 years ago a young man I know was out with some of his 18-year-old buddies. They were swilling some beer and smoking some weed. The young man in question (I’ll call him Jimmy) has a pronounced learning disability. During a night out with friends, Jimmy got drunk and passed out in a bar and grill. His buddies thought it would be cool to draw on him, so they proceeded to take magic markers and scribble all over Jimmy’s face and arms and wherever they could find a spot of skin showing, like his stomach. After they finished their graffiti they went on their merry way reveling in their “fun time.” They left Jimmy behind.

A customer saw the young man and told the manager. The manager called the police. The police came and tried to wake the 18-year-old, 240-pound drunken graffitied boy. Jimmy, upon awakening and seeing a policeman shaking him, was frightened out of his wits. He swung at the cop. It was a fight he could never win and it lasted about 10 seconds before the cuffs were on him. The police promptly took Jimmy off to the county jail. They had followed procedure, and no one was hurt.

The case was adjudicated, and Jimmy received a year of community service and a fine. He also learned his lesson well.

Fast forward 10 years. Jimmy was hired to work in the cafeteria of a local Catholic high school. Because of his learning disability he was still living with his parents. As he would be doing clean-up and prep work, this particular job was perfect for his abilities.

He worked three days before he had his fingerprint check done. The next day the cafeteria manager was called to the office. Fifteen minutes later, Jimmy, in tears, was “escorted” off the campus.

That was five years ago and he has not worked since. He is under the care of a mental health counselor and takes antidepressants.

When I took my “safe environment” training, we were all given a handout with 47 “minimum standards of moral conduct” that we could not have violated. Number 14 related to Section 784.07 of the Florida Statutes. My young friend Jimmy had committed battery on a police officer while resisting arrest. End of story. He was done … and still is.

It seems to me that, like it or not, there are people who will be denied mercy during this Holy Year of Mercy. The slogan for the jubilee is, “A Time to Heal, to Help, to Forgive.” Are we supposed to add, “For most people”?

Larry Peterson Sr. is a Christian author, writer and blogger who has written more than 500 columns on various topics. His books include the novel The Priest and the Peaches and the children’s book Slippery Willie’s Stupid, Ugly Shoes. His latest book, The Demons of Abadon, is due out at the end of March. He has three kids and six grandchildren, and they all live within three miles of each other in Florida.