When age-old evil takes to Facebook Live, what must we think and do? 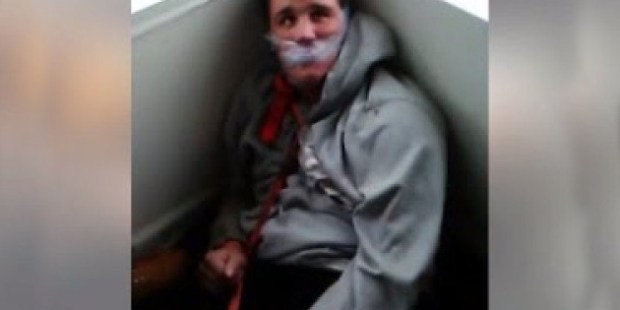 Is a debate on whether an act is “evil” or not the best way to respond to a chilling broadcast of torture and debasement delivered to our laptops?

By now you may have seen the video out of Chicago — or excerpts of it — and been sickened.

Perhaps, like many, you couldn’t watch it at all, because the descriptive reports (which initially came not from mainstream news outlets but independent online sites and social media) were inhumane and more than you could bear.

Indeed, the description seems to encapsulate everything that is currently roiling the United States; like an explosive third rail, it touches on racial issues, social and political interests, and our disregard and devaluation of the “special needs” or mentally impaired among us.

Perhaps that is why — as we can see here — both the mainstream press and our people in leadership are loath to discuss the story in any but the vaguest of terms.

A full day after the story broke, the Associated Press gave the story a single line of coverage. Exposition doesn’t get much more reluctant than that.

Unsurprisingly, because America is so thoroughly divided, the story’s focus has become about whether or not this mentally challenged young man had actually been “tortured,” and whether the heinous actions of his four tormentors rise to the level of actual “evil.”

Words matter, of course: “torture” and “evil” are heavy words, and some would prefer not to have to acknowledge that weight, even though we must carry it, no matter what lighter words we use.

Was this action “torture?” A young man with cognitive deficiencies was held against his will, bound, struck, scalped, made to drink from a toilet. By most human measures, that would be accounted as such. It was certainly more than common bullying.

Bullies: A letter of forgiveness from lamb to wolves

Was it “evil?” The argument can be made, and made very well, that all torture is evil, as is bullying, physical and mental abuse, and torment.

I am going to suggest that evil may well be the right word to use, but with the reminder that it is a long-lived evil and nothing new to our age, or even our politically, racially, socially divided country.

This behavior occurs in families, after all. You might have heard of this story, from a while back. It’s about a father who had 12 sons, one of whom he favored above all the others. The son, having no guile, approached his brothers as innocently as the young man this story concerns, and they saw him coming in the distance and began to speak openly of their disdain for him. They mocked how his mind worked, and began to think of how they could hurt him. When he arrived, they ripped from their brother the beautiful robe that their father had given him — the material evidence of their parent’s favoritism and a symbol of all the neglect and resentment they perceived — and then threw him into a pit, where wild animals might devour him. When a caravan of merchants came by, they rethought their plan and decided to make a profit off their hate. They sold the brother into slavery.

Undoubtedly, had the technology been available to them, they’ve had broadcast themselves doing it on Facebook Live, for they felt no compunction or shame in their actions. Something within these brothers, all family, all children of the same father, made them feel justified in their actions.

Yes, torture, torment, depraved indifference to the life and dignity of a human person happens even in families, and always has. It happens because of perceived instances of neglect, imbalance, envy, and a desperate need to feel seen, and accepted and even loved.

“Every evil screams out only one message, ‘I am good!’” wrote Father Alexander Schmemann. “And not only does it scream, but it demands that the people cry out tirelessly in response: ‘You are good, you are freedom, you are happiness!’”

Pope Benedict XVI, in his Principles of Catholic Theology, wrote something similar: “If an individual is to accept himself,” wrote Benedict, “someone must say to him: ‘It is good that you exist’ – must say it, not with words, but with that act of the entire being that we call love.”

Clearly, evil is still crying out, “I am good!” People clearly still need to hear “It is good that you exist,” and just as clearly, people are still going about getting that affirmation in all the wrong ways, because evil understands our vulnerabilities and strikes out against humanity through them.

So, how do we fix this eternal problem?

It took a great deal of hardship, over the course of many years, for Jacob’s family to face up to everything that had gone wrong within it — the father’s favoritism and his incognizance of its effects; the eleven brothers’ destructive action born of a need to feel empowered, and finally the victim, Joseph’s, own mercy and forgiveness. The love of that abused and humiliated son and brother — who finally saw and comprehended the needy weakness of his tormentors — was the only force capable of transcending all of that human sin and error.

We’re doing a very bad job of loving one another, here in 21st-century America. There is a great deal of needy weakness, resentment and perceived imbalance among the citizenry and a great deal of cognitive dissonance in our leadership and media. Only comprehension of this, and huge dollops of mercy and forgiveness, all around, are going to move us away from that dangerous third rail we so desperately do not wish to touch, or even acknowledge.

What do you think?