A letter to President-Elect Trump 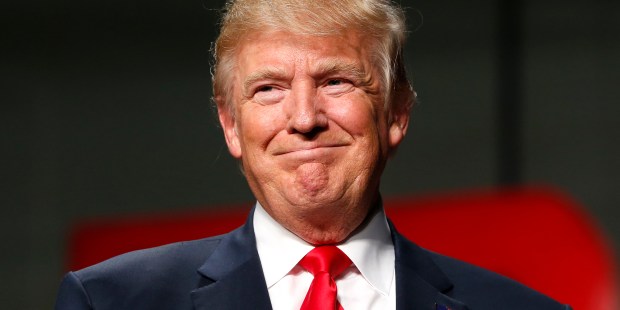 As you prepare to start your presidency, I hope I was wrong about you…

Unsolicited advice is said to be the best kind because the most easily ignored. But even if this letter accomplishes nothing else, at least it will help me focus my own thinking about what I expect from you as president.

Admittedly, I didn’t vote for you, but neither did I vote for Mrs. Clinton. I was one of those voters, not few in number, who just didn’t find it an appealing choice. As you prepare to start your presidency, I hope I was wrong about you.

My first piece of advice is that you reconsider your tweeting. Notice that I say “reconsider,” not “stop.” I realize that you’ve ingeniously turned Twitter into an extremely effective political tool that you can hardly be expected to give up.

But the campaign is over. You’re preparing to assume the mantle of leader of the free world, and the presidency is an office that doesn’t look kindly on occupants who sound off whenever and however they like. Spontaneity is all very well, but serious unforeseen consequences can flow from careless talk by a president. No more top of the head tweeting, please.

Next I urge that you give high priority to keeping the promises you made to the pro-life voters who did so much to elect you. Among other things, that means vigorously supporting measures to bar the killing of unborn infants capable of feeling pain, make the Hyde Amendment permanent law, and end federal funding of Planned Parenthood.

Especially, too, it means naming a pro-life justice to fill the Supreme Court seat left vacant by Justice Scalia’s death, then continuing to nominate pro-life candidates for the court as often as you get a chance while applying the same criterion to the selection of judges for lower federal courts. (Well over a hundred of these important appointments are pending, I hear.)

My next suggestion may be hard for you to swallow, but—patch up your relationship with the mainstream press. Many Americans look to these media as necessary sources of information. Sure, they have faults—I’ve often written about these myself—but the mainstream press plays a crucial role as an agent of accountability. Political leaders who brush it aside are brushing off an important instrument of democracy at work.

Extend a hand of welcome to the many decent people among the undocumented aliens now in the United States and to America’s fair share of the refugees from violence and oppression in the Middle East. Yes, there are some bad apples among them. By all means, take steps to weed them out. But open the door wide to those willing and able to make a positive contribution to this country.

There are a lot of other things I could mention, but let me close with a delicate but extremely important subject: your faith.

During the campaign you didn’t present yourself as a deeply religious man, but you said you were a believer. I don’t expect you to become Saint Donald overnight, but I urge you to turn regularly to God for strength and light in facing up to the challenges of your job.

Take time every day to read the New Testament. The Sermon on the Mount is a good place to start. You may find it at odds with your own gospel of being a winner, but remember—you’re the president for losers, too. Talk that over with God in prayer.

And be sure that many of us will be praying for you.