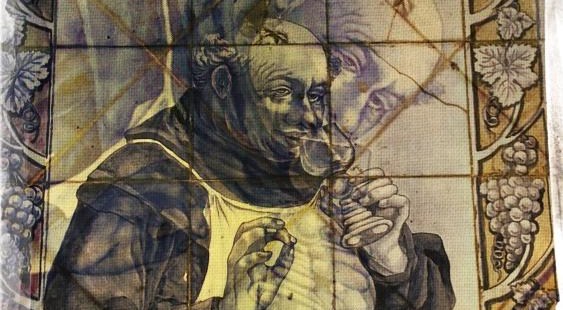 It wasn’t easy, but Fr. Edward Looney decided to change a habit he had come to depend on

When Fr. Edward Looney, a priest with the Diocese of Green Bay, Wisconsin, arrived at his new assignment, he and the pastor headed to a nearby Irish pub. In time, Fr. Looney became a regular there. It was a fun and friendly spot only a mile away and a convenient stop for a quick meal — it even provided him a little exercise (from the walk there and back). Looney eventually met the challenge of the “Beer Advocates Club” — after drinking 50 beers over the course of 18 months his name was engraved on a plaque on the wall.

But then something changed. Fr. Looney experienced a loss in his life and found himself turning more to alcohol to deal with his grief. “It became easy to stop by my favorite Irish pub and get a drink or two,” he wrote in an article for Catholic Exchange. Looney justified his frequent pub visits and even saw it as part of his ministry — everyone there knew he was a priest and he had some great conversations with people about faith.

Something was increasingly nagging at Fr. Looney, however, and he realized he needed to look at his growing dependency on alcohol. So he turned to someone he’s known for a long time for help: the Virgin Mary.

“I decided I would renew my Marian consecration,” Looney says in his article. He gave up drinking for the 33 days of his preparation for the consecration as a sacrifice, and he says his life changed: His free evenings were spent on more productive things like reading, skiing, and great movies. His evening prayer became less-rushed and more heartfelt. He had more money in his bank account with which to help others. He felt stronger from the self-denial, which wasn’t easy at the many holiday parties and Christmas events he attended. Perhaps most surprising was that at the end of the 33 days, he no longer wanted a drink.

Will it last? He can’t say for sure since his Marian consecration renewal just ended on January 1, but his resolve was recently tested. “Recently I was at a Packers party and really wanted to have a drink, ” he told Aleteia, “But I asked myself ‘do I really need this?’ … I no longer desired it, but I think the only desire was to be like everyone else… I didn’t have a drink, and still haven’t. I don’t really foresee alcohol use again my future.”

Looney doesn’t think his decision means everyone should give up alcohol. “Each person knows what is best for them. For me, I realized it was what I needed to do, for that time — and it seems, for a lot longer,” he says. “As I pointed out in my article, we can often come up with excuses: it’s only one drink or I’ve had a rough day. But when it turns into two or three drinks, or a series of rough days, is when it becomes a problem. We need to have self-awareness, and be willing to look deeper within.”

The padre’s advice for moderation? Don’t finish a glass in public — that way no one will offer another drink. And use the rule of “no more than two.”

As for his own success, he is grateful to Mary. “I never thought I would make it for 33 days. But I did.  Maybe it was because I had the help of Mary who inspired my fast…  As I’ve noticed the diminished desire for alcohol, my alcohol fast will continue because what I have found without the bottle was peace, happiness, and contentment.  I have the Blessed Mother to thank, because as a mother, she looked out for [me], and inspired me to live a better, healthier, and holier way.”