Can we have any hope for a happy new year? 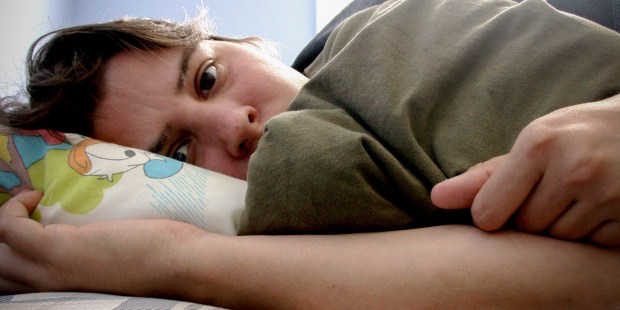 No matter how unbearable 2017 appears, we must not succumb to fear or despair.

“When will God bring this awful 2017 to an end?” That’s neither a typographical error nor a rhetorical flourish. I’m not speaking of recently-departed and little-lamented 2016. I’m writing this on January 9, 2017—and wondering about how bearable 2017 will be for myself and those dear to me.

As a child, I knew that bad things happened around the world and even that sometimes bad things happened to good people. Yet I believed then that, for at least the Christmas Season, life would somehow blunt its sharp edges, giving everyone a break during that special time.

Since 2017 has begun, I’ve consoled friends who lost a child and other friends who lost a father. And the recent headlines, both near and far, are already stained with tragedy and malice. Who now can recall saying “Happy New Year!” without embarrassment? Last year I wrote a column, “No More Happy New Years?” It grieves me, as another year begins, to find myself asking that question again.

How can optimism and Christian hope be more than just mere wishful thinking? Dare I speak of hope only because I’m in a lit, heated house, comparatively safe, knowing where my next meal is coming from? We Christians can, and must—regardless of circumstances—speak of hope on the grounds that we know who we are and whose we are. A stanza from a poem by Carl Sandburg may help:

“This old anvil laughs at many broken hammers.
There are men who can’t be bought.
The fireborn are at home in fire.
The stars make no noise,
You can’t hinder the wind from blowing.
Time is a great teacher.
Who can live without hope?”

The Church endures like Sandburg’s old anvil. Christ’s fidelity ensures that the Church will endure. The same cannot be said for all of her members. Only of the saints can it be surely said, “There are men who can’t be bought.” Only of the martyrs can it be surely said, “The fireborn are at home in fire.” What can surely be said of us? Surely we are loved sinners, and surely, we are called by the true Church, in our times, to fidelity in this life and glory in the next.

When Pope Pius XI observed the rise of fascism in Europe in the 1930s he said, “Let us give thanks to God that we live in times such as these, for now it is permitted to no one to be mediocre.” Now as always the Church needs heroes; the Church needs the kind of saints and scholars, families and religious, priests and poets, musicians and mystics—wise warriors one and all—that can be produced in our time and place.

We must not succumb to a fear or despair that is unworthy of the faithful and fruitful Catholic. The Church has an amazing tradition of burying those who would volunteer to be her pallbearers. The Church has outlasted the scorn of empires; she has withstood the wars waged by secular and sectarian enemies; she has passed through the Red Sea of innocent blood shed by ungodly men in the 20th century. Let our only fear be the holy fear of failing at the task which the Lord, in his providence, has entrusted to us in our time and place.

Now Holy Mother Church rallies her children around her King. Now she calls upon her children to take up the Banner of Christ the King, and to carry it from here to eternity. Let’s resolve to take up the Banner of Christ, which is his cross. Let’s steel ourselves for the human and supernatural resistance we must face. Saint Ignatius Loyola warned us: “Nothing worthy of God can be done without earth being set in uproar and hell’s legions roused.”

Our crucified and risen Lord is our victorious King. He calls us to join Him in defeating sin and death and to enter into his life and glory. Would it not be a waste, a tragedy, a scandal, a shame, a horror, if we do not accept his invitation to share in his passion and in his victory?

We have been baptized into Christ—into his death to the world and his victory over the world. Our only hope resides in being conformed to him, in both his cross and his resurrection. Let’s scorn anyone or anything that will turn us from that truth.

2017—a time of light and dark—has begun. Whether this be just another new year or our last, let’s resolve to aid each other, with God’s grace, forward to the narrow gate that enters wide into the court of Heaven, our only true home.

When I write next, I will speak of Christians persecuted by an unexpected source. Until then, let’s keep each other in prayer.