From the sofa to Radio Maria

If you don’t know what to make of the name of this young singing duo, don’t worry, you’re not alone. MIENMIUAIF is an Italian transliteration of “Me and My Wife,” that is, the English is written as it sounds to an Italian, all put together in one strange looking word.

But the name is fitting, because if you’re going to listen to this band, you have to be ready to put up with a little bit of the nonsense and whimsy in their music that reveals deeper truths.

Cecilia Music interviewed the young Italian Catholic singing duo about their first single and their upcoming series of broadcasts on Radio Maria:

Tell us about your new song. How did it come about?

We had the title in our heads for awhile, “Quando saremo piccoli” (“When we will be young,” like the opposite of “when I grow up”), because it is perfectly in line with the “spiritual childhood” of St. Therese of Lisieux, who is very dear to us. Being little is a gift, and a goal; it centers on the humility which we are so lacking. The song – even though it doesn’t do so explicitly – refers to these ideas, becoming like children to enter into the Kingdom of Heaven, to take the narrow road. And it speaks of them in a playful and everyday way. In almost everything we do, including the way we approach our music, we try to be simple, minimal, and childlike, in the gospel understanding of it (we hope!).

What do you want to be “when you grow young or little”?

When we are little we will have realized our dream…the dream itself is to be little. This doesn’t mean being immature, fickle, or ignorant. Pope Benedict XVI is very little, even while being so gifted. Not to mention Pope Francis.

How did you end up live on Radio Maria?

A miracle…It was the night of our third wedding anniversary, November 23. The song came to us almost by chance while we were sitting on the couch. And for the radio…well, we kind of define ourselves as a band of Mary, so what radio station would be more ideal than Radio Maria? We quickly recorded the song and put it up on Facebook and we miraculously received a call from someone working at Radio Maria. “By chance,” precisely during those days, Fr. Livio of Radio Maria happened to be looking for a young couple to talk about marriage, and then we showed up… We were only hoping to get one of our songs on Radio Maria, we weren’t expecting a whole broadcast!

What will you be speaking about on the radio show?

They asked us to do six shows, beginning in January. Each show we will address a different topic related to the vocation of marriage, each time starting with one of our songs. We will be begin by talking about what it means to become little together, as a couple, using the words of our song as a starting point.

For those outside of Italy, even if you can’t tune into their Radio Maria broadcasts, you can keep up with the singing duo on their blog and their YouTube channel. 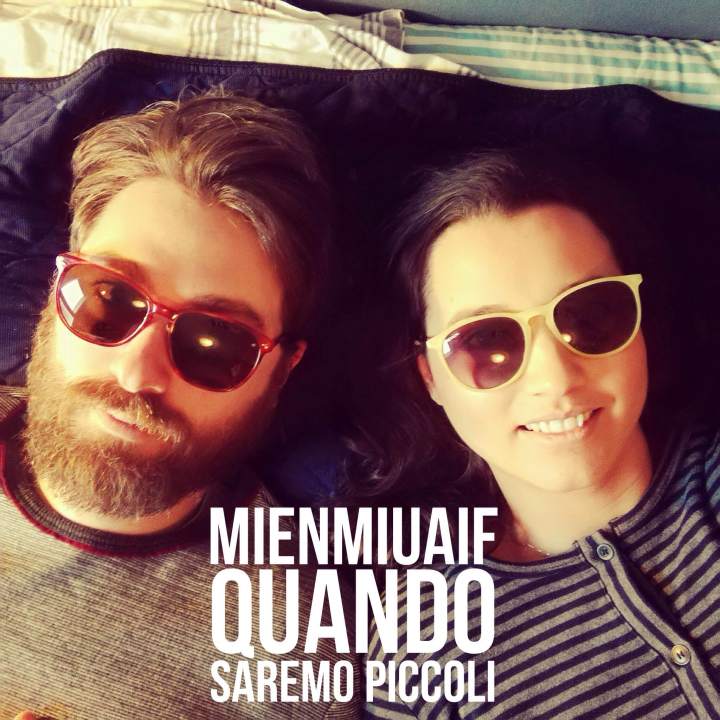