“Hello, is your dad there? This is Jesus” 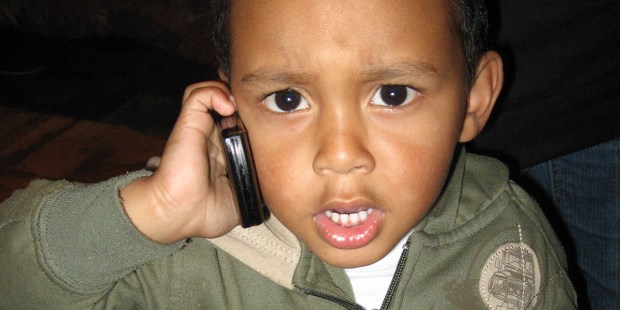 A phone conversation that brought about a conversion

A mom and dad went out one night for dinner. They were a Christian couple, trying to live a life of virtue and impart good formation to their children. They left their oldest daughter in charge of her three younger siblings.

When they had left, a friend of the dad, whose name was Jesús (a common name in Spanish-speaking countries), called on the phone.

One of the young children answered.

“Hello, is your dad there?”

“Oh hello Jesús!! I’ve been wanting to tell you a lot of things …”

And the little boy began to speak with confidence and trust, talking to his father’s friend, thinking he was speaking to Our Lord Jesus, Son of God.

The dad’s friend, hushed and increasingly moved, listened to him in surprise.

After a bit, the child said:

“Hey, wait a minute, my brother also wants to tell you something.”

And the same type of conversation began to unfold.

The next day, Jesús called his friend and told him the story.

He also told him that he had been so moved that he had decided to make some changes in his life. He was going to go to confession for the first time in many years and to begin again to pray and to return again to Sunday Mass.