The lure of virtual reality: Entertainment may never be the same 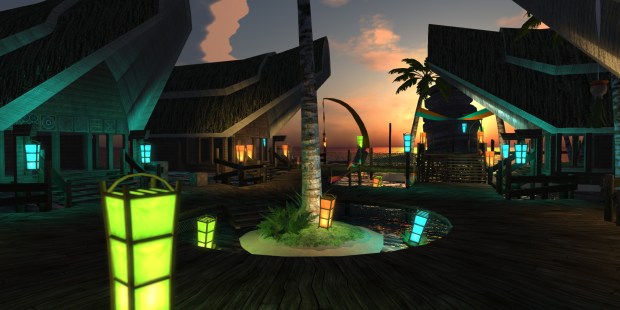 What is VR and why is everyone talking about it?

The future of gaming and entertainment is here. What used to be confined to flight simulators and military training exercises is now hitting the mainstream and has turned into a multi-billion dollar industry that is just getting started.

Virtual reality (VR) is here for the average consumer, and all the major tech companies are pouring money into this promising field of entertainment. Some have called 2017 “the year of virtual reality” as technology has finally caught up to the dreams of developers, and the cost to create VR devices has gone down, making it easier to purchase for the consumer.

But what is “virtual reality” and why is everyone talking about it?

A brief history of virtual reality

Numerous types of VR have been around since the 1930s, beginning with the famous “View-Master” that consisted of a plastic viewfinder accompanied with a circular cardboard disk that contained small color photographs of film advanced with a small lever on the side. After the introduction and development of the computer during the 1950s through the 1980s, developers started to experiment with the technology to create more immersive types of devices.

Simulators became widely used in the 1980s and 1990s, and started to show up at arcades, proving to be a popular mode of entertainment for children and adults. However, at the time, the graphics were clearly pixelated and the experience was far from lifelike.

Then beginning at the turn of the new millennium, companies started to shift their focus to dabble more and more in VR. By 2013, Oculus Rift, a highly immersive VR headset, was invented and produced through a Kickstarter campaign that raised $2.5 million. This caught the attention of the tech world and Facebook quickly purchased Oculus Rift in 2014 for $2 billion.

Other companies like PlayStation, Microsoft, HTC and Google followed suit and quickly began developing their own versions in order to capitalize on what they believed would be a new profitable market.

How real is virtual reality?

VR has come a long way from the “View-Master” in the 1930s and can be so lifelike that the human body can be tricked to believe you are riding on a roller coaster, swimming in the sea or right in the middle of a battle.

John Pullen at Time Magazine recently tested out a variety of VR devices and had this to say about one of his experiences:

“My next VR experience, however, took me to a place I never imagined I’d ever visit: The deck of a shipwreck. An experience on the HTC Vive headset from Wevr, theBlu: Encounter [see video above for example] teleports people to the depth of the ocean floor. There, a computer-animated whale, apparently the same scale as a real one, swims past. It’s a quick hit in a simple environment, but a stirring one. The whale looked me in the eye and seemed to grin slightly. I couldn’t help myself from smiling back. It was a beautiful moment, but an isolating one. More than anything, I wished my wife could have been there to share the undersea experience with me. I wanted her to know this awe-inspiring beauty. I also wanted her to abandon a world full of mortgages, diapers, rush hour commutes, and grocery shopping, even if just for a minute.”

As with any new technology, some VR experiences are better than others, but the technology is clearly there and will only improve over time. Companies are already developing VR gloves and other sensory devices to improve the experience, making it almost unbelievably real, able to interact with a virtual environment like never before.

However, with any advance in technology we have to ask the question, “Just because we can, should we?” In the next few weeks Aleteia will look at VR with a critical eye and examine the positives and negatives to this growing enterprise that will shape the future of entertainment.