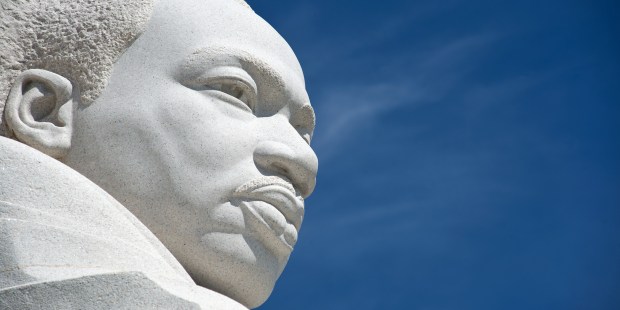 Chances are you don’t hate anyone simply because of their skin color, but most of us do harbor some kind of racial prejudices, whether we realize it or not, simply because of the society we live in. And most of us would prefer this not be true. All of us agree with the hope expressed by the Rev. Dr. Martin Luther King, Jr. that we reach a day when people will judge each other, “not by the color of their skin, but by the content of their character.” Here are four things you can start doing today to help hasten that day…

When discussing racial issues, be sure to define and clarify your terms.

Conversations about racism go nowhere if the people involved aren’t talking about the same thing. A great many people think racism simply means hating someone of another race, or believing that one race is superior to another. Others use the term to describe a social structure or system in which one race holds power over others, such as whites over blacks in the U.S. (This is why some argue that black people in the U.S. can be prejudiced, but they can’t actually be racist.) If you first understand how someone else defines racism, you will have a more fruitful conversation.

Stop describing people by their race or ethnicity when it has nothing to do with the story.

It’s one thing to describe someone to a police officer for the sake of identification: “He was a 5-foot-tall, thin Asian male with black hair.” But when you’re telling your friend a story about the woman you talked to in the grocery store, you don’t need to say, “A black woman I was talking to today said the pears were overripe.” Or “A little Mexican boy waved to me from the back seat.” The woman being black or the boy being Mexican have nothing to do with your story and it only serves to highlight irrelevant racial and ethnic differences.

Challenge loved ones and co-workers when they make bigoted remarks or jokes.

There are the big offenders, of course — name-calling and derogatory comments that are way out of line. But then there are the subtler things people say or infer — often without awareness. When we don’t speak up, we are guilty by omission. There are ways to challenge someone that are more effective — asking questions and sharing your own views, for example. But do it with kindness and assume the best intentions because most of us are not aware of the inherent biases we have and the language we use. It’s much easier for a person to reflect on his behavior and to change if he doesn’t feel attacked.

Make an effort to engage and socialize with people of different races, ethnicities, and backgrounds.

Friendships ought to happen organically, of course, and not with an agenda in mind. But you can’t build new relationships with people outside your regular circles by staying in your comfort zone all the time. The more you reach out to and connect with individuals you don’t normally socialize with, the more trust and good will is built, which often leads to conversations — and then sometimes to friendship. It is our relationships and personal experiences that shape our perspectives the most and can help us to see color in all its hues, but not to judge it.