NFL star Ben Watson to speak at March for Life 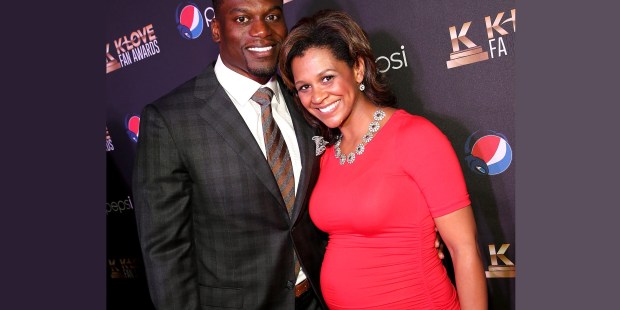 New this year to the March for Life Rally in Washington DC is Baltimore Ravens tight end Benjamin Watson, father of five children and a former Super Bowl champion with the New England Patriots. Watson has been making waves this past year for his outspoken pro-life views and his continued criticism of Planned Parenthood.

When asked in an interview with Turning Point Pregnancy Resource Center what it meant to be “pro-life,” Watson responded, “For me, pro-life is more encompassing than simply the abortion issue. It’s really more of a complete worldview. Pro-life is: being for people who are in sex-trafficking, or people who are in danger from persecution, or being for people who are stricken with poverty or illnesses, or whatever it may be. Just having a respect for life in general to me is pro-life. Obviously, when we talk about the political arena, it has to do with abortion, but I think if you are someone who cares about life period, then you have to care about it from conception all the way up to death.”

During the interview Watson also criticized Planned Parenthood and their history of targeting the African-American community.

“I do know that blacks kind of represent a large portion of the abortions, and I do know that honestly the whole idea with Planned Parenthood and Sanger in the past was to exterminate blacks, and it’s kind of ironic that it’s working. We (as minorities) support candidates, and overwhelmingly support the idea of having Planned Parenthood and the like, and yet, that is why she created it.”

Having been sidelined with a torn achilles during the 2016 NFL season, Watson decided to use his time recuperating by writing a book for new fathers called The New Dad’s Playbook: Gearing Up for the Biggest Game of Your Life. According to the Christian Post the book was written as “a practical and encouraging guide for rookie and veteran dads alike that will empower and equip them to be the supportive and informed partners that their spouses need while preparing them for the greatest game of their life, Fatherhood.”

Read more: When a Coach Is Also a Father Figure

Watson explained, “After five very different pregnancies and births, I hope my failures, victories and teachable moments provide an additional resource for men who want to be great lovers, comforters, protectors and providers during this special time but sometimes don’t quite know how.”

His book seeks to fill a void in good parenting materials for fathers and to encourage men to be more active in the parenting process. Watson firmly believes that more active fathers will lead to fewer and fewer abortions.

“[A] lot of the women wouldn’t be having abortions if the men would step up and be a part of what they are already biologically a part of. Raising children and having children, even though the women birthed the child, is designed for two people to do it… And there is so much undue stress and pressure on the woman if the other one isn’t there.”

Watson’s new book also contains a forward by Meg Meeker, a well-known American pediatrician who writes from a Catholic perspective.

Watson joins the March for Life Rally with speakers Abby Johnson, Cardinal Timothy Dolan and Kellyanne Conway, among others.