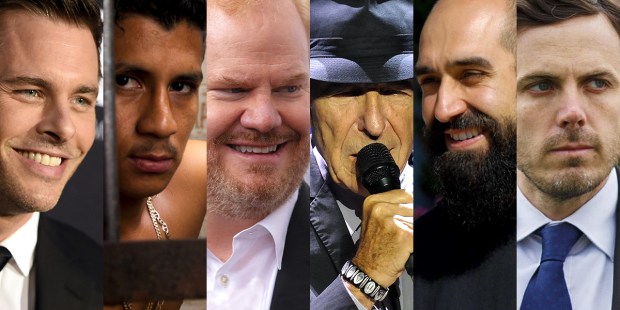 Even the quickest glance back through history makes such a statement seem histrionic. At the same time, there’s no denying that 2016 felt like a year of beloved people, places, and institutions breaking apart or fading away.

In politics, international bodies and national consensus fractured in Europe and America, with instability and terror spreading in the Middle East; in geology, it was “the year of the earthquake,” with major temblors striking Taiwan, Italy, New Zealand, Japan, and Indonesia; and in entertainment, we lost the boxer Muhammad Ali, singers Prince and David Bowie, and mother-daughter actresses Debbie Reynolds and Carrie Fisher.

But wherever this ranks on the list of “worst years,” 2016 wasn’t all bad. In fact, throughout the year, some great losses resulted directly in great works of art (and love).

All things eventually fall apart and pass away – sic transit gloria mundi – but here are six glimmers of light from 2016 reminding us that the finitude of the world doesn’t have the final word.

1. Leonard Cohen left us with an amazing album before he died.

When Leonard Cohen released a new single in the fall of 2016, a journalist at NPR noted that the “frailness” of Cohen’s vocals were a sign that he might be reaching the end. “It’s sad and difficult,” he wrote, “but as good as this is, I can imagine this forthcoming album as Cohen’s last statement.”

Indeed, it was. Cohen passed away a little over a month later – but not before releasing his final album, You Want It Darker, a thing of fragile beauty which uses a “biblical landscape” to meditate on love, death, and God.

2. The Jim Gaffigan Show was short but sweet.

It’s rare that a show ends after only two seasons because it was a little too exciting. But that’s exactly what happened with The Jim Gaffigan Show on TV Land. The comedian and his wife (and co-writer) Jeannie voluntarily brought an end to their “personal passion project” because “the time commitment to make the quality of show we wanted was taking us away from our most important project, our five children.”

Still, season 2 delivered plenty of laughs, as well as a compelling portrayal of a joy-filled family living out their faith in the worlds of Manhattan and show business. “We openly admit that we believe in God,” Jeannie explained in one interview, “and, in our industry, our geographical location, that’s kind of weird. But within that concept, we’ve sort of found that, across the spectrum, a lot of people relate to feeling like a fish out of water in whatever world they’re in.”

3. The monks of Norcia are rebuilding their monastery – and town – by making and selling beer.

In October, the “year of earthquake” reached Italy and devastated the town of Norcia, including the centuries-old Basilica of St. Benedict run by an order of monks, many of whom are American. As the New York Times reported, one of the few things left standing at the monastery was the monk’s small brewery.

Now, their Nursia beer is being used to help raise funds to rebuild the monastery and the town of Norcia. Watch the video above to learn more about the monks and their rebuilding effort.

4. Speaking of monks, the Franciscan Friars of the Renewal made music, helped outcasts, played basketball, spread love, and generally just made the world a better place.

The Franciscan Friars of the Renewal made their mark on both the music and film worlds in 2016, lighting up both screens and city streets with faith and love. The new documentary Outcasts, directed by the team behind The Human Experience, showed the friars bringing “the balm of God’s mercy” to communities and individuals ravaged by poverty, crime, and despair in New York City, England, Ireland, and Honduras.

When the friars aren’t helping those in need, they’ve been busy recording music (listen here and here), playing basketball (watch the video above), and generally uplifting and inspiring people around them.

5. Dark days continue to fuel a golden age of television.

If great art comes from a place of great pain, that might explain why we’re in the middle of what many have termed a “golden age” of television.

As Outcasts reveals, there’s a whole lot of suffering, confusion, and darkness in the world today. But those undercurrents have given rise to well-written new dramas shedding light on the darkness, especially on HBO. From True Detective to The Night Of to Show Me a Hero to Westworld, compelling new shows – though sometimes graphic – continue to draw great truth out of the economic, social, and philosophical landscape of the 21st century.

6. Manchester by the Sea reminded us that where there’s life, there’s hope.

At the Golden Globes, Jimmy Fallon introduced the new drama Manchester by the Sea as being “the only thing from 2016 that was more depressing than 2016.”

Without question, this deeply moving film deals with about as tragic a theme as you can imagine for a movie. But it’s also one of the best films of the year, because Lee Chandler’s journey reminds us that – with the mysterious hand of grace shepherding us along – no past is beyond healing and hope for a new future.