Why did Thomas Merton (and others!) find ‘Doctor Zhivago’ so inspiring? 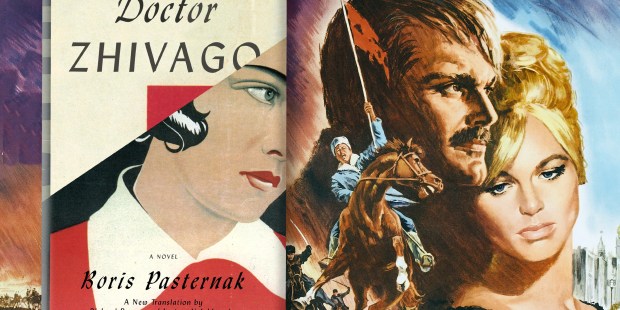 On the 60th anniversary of its publication, we remember the novel’s cloak-and-dagger beginnings and its religious message

Not many films can claim as their source material a novel published by the CIA and distributed by the Vatican. In fact, as far as I know, there is only one: Doctor Zhivago.

Banned from publication in its native Russia for its unglamorous portrayal of the rise of communism, Boris Pasternak’s manuscript was smuggled from the country by British Intelligence and passed on to the CIA. Restrained by politics from publicly distributing the novel themselves, the agency sought help from one of communism’s most fervent foes, the Catholic Church. That’s how it came to pass that Russian citizens were able to obtain copies of the forbidden work from the Vatican’s pavilion at the 1958 World’s Fair in Brussels.

From such cloak-and-dagger beginnings, the novel went on to win the Nobel Prize for Literature and receive numerous adaptations in various media, including, ironically enough, a 2006 mini-series produced for Russian television. But out of all its interpretations, the one that likely comes to most people’s minds when the name Doctor Zhivago is bandied about is director David Lean’s cinematic tour de force from 1965. Clocking in at over three hours, Lean’s film is a sprawling epic that follows the titular character, played by Omar Sharif, as he pursues poetry and romance amidst the bleak horrors of World War I, the Bolshevik Revolution, and the Russian Civil War.

The wide-ranging story begins simply enough with the newly orphaned Yuri Zhivago being taken in by the Gromekos and their young daughter, Tonya (Geraldine Chaplin). Under their protection, he grows to become both a skilled doctor and a poet of some renown. Yuri and Tonya eventually become engaged, but an idyllic life is not in their future. With the country on the cusp of chaos, Yuri finds himself enraptured at first sight with the beauteous Lara (Julie Christie). Though no words pass between the two, Yuri is unable to banish thoughts of Lara from his mind.

A few years later as Lenin is coming to power, Yuri and Lara cross paths again as doctor and nurse at an army field hospital. The two fall madly in love, but refuse to consummate their feelings as both are married with children. Fate intervenes, however, as Yuri’s family is soon forced to flee Moscow and relocate near to Lara, now living estranged from her brutish husband. Succumbing to years of unrequited passion, the two finally fall into one another’s arms. Unfortunately, there is little room for such bliss under the burgeoning communist regime. Yuri’s counter-revolutionary poetry and the wartime atrocities committed by Lara’s husband eventually bring the threat of the hammer and sickle right to the lovers’ doorstep.

Upon its release, Lean’s film was greeted with indifference (and sometimes outright hatred) by movie critics who lambasted the decision to relegate the horrifying historical events to the background and focus instead on the soap opera elements of the story. Yet despite the negative reviews, audiences flocked to theaters in droves to see the movie. Doctor Zhivago would go on to become one of the highest grossing films of all time (adjusted for inflation, it currently ranks number 8) and garner 10 Academy Award nominations, including Best Picture. In effect, Doctor Zhivago quickly became the Titanic of its time.

As with James Cameron’s later epic, a good part of the appeal of Lean’s film lies in its unrepentant romanticism. Yes, the revolution may be sending Russia crumbling into a frozen apocalyptic wasteland (depicted in glorious 70mm by Lean and cinematographer Freddie Young), but it is Yuri’s desperate struggle to cling to the ideals of art (symbolized by his mother’s ever-present balalaika) and love (present in both the earthy Tonya and the ethereal Lara) that matters most. While the financial ruin and physical dangers of communism are undeniably real, Pasternak’s story sees the philosophy’s desire to strip away these spiritual underpinnings of life as the movement’s true danger.

In his lengthy essay on the novel, it is this aspect of the story which Thomas Merton found most inspiring. “The deep interest of Dr. Zhivago,” the monk wrote, “is precisely its diagnosis of man’s spiritual situation as a struggle for freedom in spite of and against the virulence of this enormous political disease.” Communism was the obvious target of Pasternak’s work, but Merton saw the story’s warnings as applicable to any political system which seeks to supplant God’s teachings with State propaganda, an evil even a capitalistic society can slip into if not careful.

Doctor Zhivago may bury that message under mountains of melodrama, but it is there just the same, and it is one of the reasons the film endures. And it isn’t as if the movie is all doom and gloom. While Yuri’s own part in story does come to a tragic end, it is not truly the conclusion. In the film’s final scene, we see the grown child of Yuri and Lara walking past a rainbow, a balalaika in her backpack and a lover on her arm. No matter what happens, God is in his Heaven, and what matters most endures.