10 Reasons to give Catholic music a second chance…or not 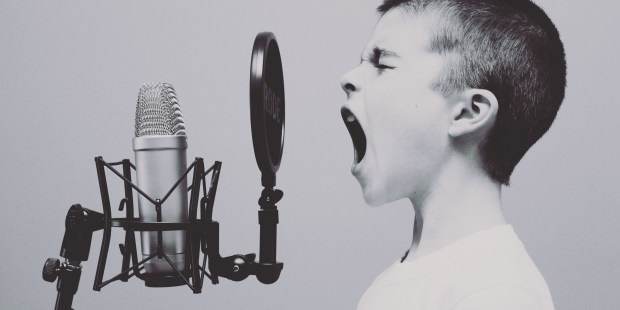 On whether or not “Catholic music” should be a thing, and why I’m tuning in anyways

What is “Christian music” anyways? Is it baptized? Do we count the number of times Jesus shows up in the lyrics?

At a recent house party my roommate decided to put some music on. Reading through her playlists, when she got to “Christian music” she was met by a resounding chorus of “Nos!”

As a writer for Cecilia Music I couldn’t help but become a little defensive. At the same time, I understood their reaction. In fact, for a long time I felt the same way.

My foray into Christian music began around the same time I decided to make my Catholic faith my own when I was in high school. But growing up in the Bible Belt meant most of my friends were Protestant, so I was quickly immersed in the Christian music scene and even started working at a Christian radio station. It was exciting: I loved interviewing the bands, and we were proud to broadcast a variety of Christian music.

But some things started to rub me the wrong way. The first was when I was prohibited from playing Matt Maher on the radio. I could play Chris Tomlin’s version of “Your Grace is Enough,” but not Matt Maher’s. He was Catholic. I decided to let it slide…There weren’t really enough Catholic artists out there to put up a fight for anyways.

Then, over time, a sort of litmus test emerged at the station: it wasn’t enough to just be “not-Catholic” in order to get airtime, you had to be Christian enough. Did the song explicitly talk about Jesus, or at least some Christian theme like hope? Or was it too worldly, too secular for our oh-so-holy Christian ears?

In the end, though, at least for identification purposes, it didn’t really matter all that much whether or not the song was explicitly Christian: When I was flipping through the radio stations I could immediately spot the Christian station – not because a few hallelujahs slipped out, but because of that sound. That Christian music sound.

Now, over ten years later, here I am, back in the Christian music world. And in my reimmersion, I found myself struggling with a question: Should “Catholic” or “Christian music” even exist?

Sacred music, yes. But Christian music, as a genre? What is “Christian music” anyways? Is it baptized? Do we count the number of times Jesus shows up in the lyrics? Where do we draw the line, without submitting lyrics to that litmus test I had found so repugnant?

The answer I’ve come to mirrors the idea in this quote often attributed to Martin Luther: “The Christian shoemaker does his Christian duty not by putting little crosses on the shoes, but by making good shoes.”

What is Christian music? It is good art. What is Catholic music? The beautiful music that flows forth from a Catholic soul. It is human, deeply human, with a spark of the divine. A Catholic views the world with the eyes of faith and with the hope of a child of God, but without renouncing the human: grace elevates nature; it does not destroy it.

“Catholic music” should cover the gamut of the human experience, and it does. This was for me the most exciting thing about my return to the world of Christian music: there are a lot more Catholic artists out there, and such a vast array, from across genres. Which is why I decided to give it another go – because there are so many new Catholic artists out there who are real artists.

And now I share with you some of my favorites, 10 reasons to give Catholic music a second chance…or not, if you’re still not convinced about the whole “Christian music” thing. In that case, take a listen to these artists, who just so happen to be Catholic.

If I had to give you just one reason to give Catholic musicians a second chance, it would be Alanna Boudreau. Her latest album Champion draws from the depths of human experience, touching on the themes of love and vulnerability and shame, all expressed with the poetic eloquence and captivating voice we have have come to know and love from the young artist.

You’ve probably heard his music before without even realizing it: He has shared the stage with greats like Ricky Skaggs and Alison Krauss, and he also shows up on the tracks and in the videos of several of the other artists on this list. This cellist, though, is also an amazing solo artist. Find his Days to Come album on Bandcamp and more at his website.

The best way to describe this artist is to borrow the title from his album Square Peg, Round Hole. There is no box for this Catholic priest/singer/songwriter who moves across genres with ease and finds inspiration in both Our Lady of Guadalupe and Bob Marley. Read Fr. Kevin’s story about he approaches music as a Catholic priest, and brighten up your day with his live performance of “Coffee” here.

The latest album from this folk-infused indie-pop artist is like a soundtrack for the twenty-something life, with all the uncertainty, love, loneliness, and of course dancing. The work Roubion and her crew put into the vocals and rhythm comes across in every track of Sleepless Nights; “Don’t know who I am” is especially good…chilling.

Vince Scheuerman, the man behind Army of Me, has quite a story: He was on the cusp of success with an international tour and a video in rotation on MTV, and then he lost his voice, and with it his label and his band. The song above “White Flag Flies” is an image of what the artist went through: “The idea of this song is that with surrender comes peace. The war stops.” Pick up his album Searching for You, and follow him on Facebook (word is, there’s a new album in the works!).

Mike Mangione & The Kin pull from the traditions of contemporary folk, singer/songwriter, early country, and blues. His latest EP Three Days is a delight: “What made this session so unique was that there was only one microphone used. The musicians gathered around and mixed the song by proximity to the mic. The result is a warm and authentic collection of songs that sounds like you are standing in the room with them.

Marie Miller’s first album was quite a success: Her song “6’2” was featured on Dancing with the Stars and “You’re Not Alone” claimed the top spot on the Billboard Christian Hot AC/CHR charts. But the biggest moment might have been when she got to share stage with Pope Francis, performing for him during visit to Philadelphia. Now the folk artist is working on her next album, and the first single “This Side of Paradise” is any indication, it’s going to be even better than the first.

This classically trained musician and self-described “old soul” evokes the musical stylings of pop crooner Michael Bublé. Songs like “How Do You Do That” and “Stuck In My Head” will surely put a smile on your face and a little pep in your step, while others like “Exits” show the artist’s deeper side.

Kevin Heider’s The Spark is an album that weathers the myriad of seasons of the human experience. Featuring a saintly Irish drinking song along with a few love songs, the rest of the album carries the listener to the peripheries of the human experience: slave labor, war, depression, doubt, loss…but never forgetting “the spark,” man’s capacity for good. And his latest EP Us is not to be overlooked either.

Nico Santana’s style strays pretty far from the rest of the list, but that’s kind of the point: Catholic music should not be identifiable by its sound. Cecilia Music has been following the young hip-hop artist for a while now: After years of making some great “Catholic hip-hop” music, the Colombian artist decided to leave “Catholic music” in order to reach an audience in desperate need of Christ. Read his story here.